“I’ve built a world of sound that I love,” we sat down with indie rock dynamo Connie Constance ahead of the release of her anthemic new single, Prim & Propa. 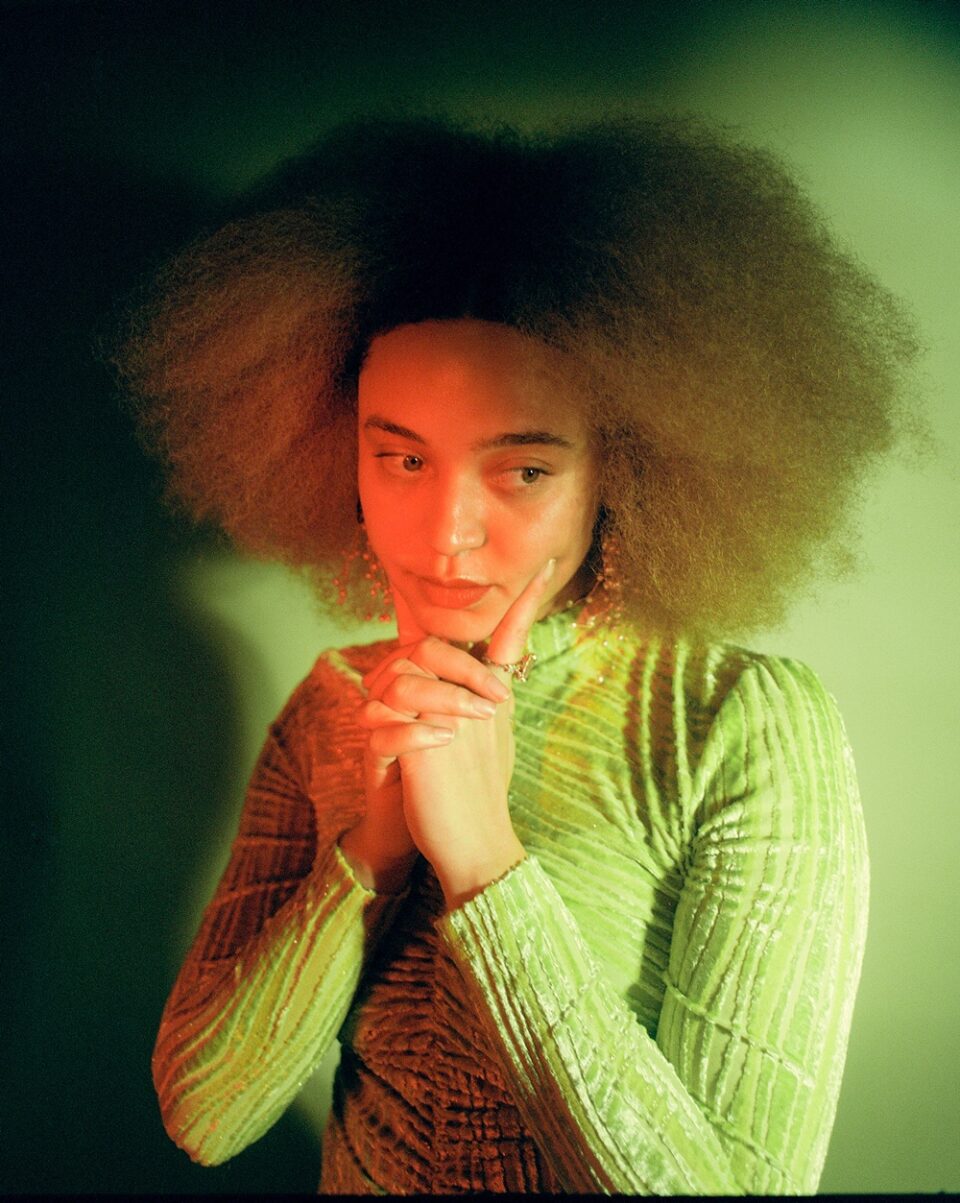 Connie Constance, the musical project and stage name of Watford-hailing Constance Power, made waves in 2019 with her debut album, English Rose. The last year has seen Power embracing the sound of her own world, producing music that is levels above her peers’ in its creativity and production – a one-of-a-kind sonic experience in the realm of indie rock.

We first encountered Connie Constance during this year’s SXSW music festival. Power floated, stomped and twirled around the British Music Embassy stage, commanding attention and delivering her upbeat, electric brand of indie rock to a relatively empty room. She immediately landed on our Best of Fest list and we became fans. You can watch her spectacular delivery of Monty Python here:

Power followed this dazzling performance with Electric Girl, the singer’s first release of 2021. Electric Girl is the perfect summer tune, celebrating the hopes of post-pandemic life and acknowledging the boredom and pain of being an artist through lockdown. Power grapples with the lack of control that she’s felt throughout the pandemic, she sings, “It’s hard looking up / When your freedom feels like it’s under control.”

“That’s the one thing that I’ve felt like has brought me down the most through lockdown,” Power says. “It’s hard to keep on going when you feel like you’re not in control of your world.” Now that restrictions are easing, Power is looking toward future opportunities; the return to live shows is at the top of her list.

Performance has always played a large part in the world of Connie Constance. Power has years of dance training that she often utilizes in her visuals. She is excited to incorporate more choreography in her live shows and has been training with specialists over the past year. Power hopes this training will allow her to refine her stage presence and deliver her new, up-tempo tracks without draining her energy completely.

Speaking to Power about her music is akin to speaking to a humble expert. She doesn’t take herself too seriously, yet she is aware of exactly what she needs to do in order to succeed. There’s a beautiful self-assuredness to the way she describes her career and the creative decisions that led her to this moment. In 2020, Power broke from her label and started her own, Jump The Fence. After taking critical time early in her career to refine her sound, and more importantly to define what she needs in order to thrive creatively, Power feels comfortable breaking out of her comfort zone. “I’ve built a world of sound that I love and now I can experiment freely knowing that it’s all going to be in the realm of what Connie Constance as a project should sound like.”

When asked if she had any doubts when making the jump to an independent label, Power responds immediately, “I’m grateful that I didn’t have doubt.” She further explains, “In fact, I think I had more doubt when I was at a label that wasn’t my own.” Power has blossomed under her newfound creative freedom and wouldn’t ever want to give it away again. Now when releasing music, she says, “If it doesn’t work out it doesn’t matter because I love it and I’m happy with it.”

“This song is about owning community culture, family and friendship. It’s about looking at that big white house and the perfect grass and saying ‘Yeah, nah, not for me, mate – not without my people enjoying it with me.’ It’s an anthem for everyone that feels betrayed and let down by this country. It’s for the single parents, the people that work their arses off every single day and can barely get their head above water. It’s a reminder that we’ve got what’s important right here with us: ‘When you want more then look around, if you’ve got love you know you’re good / Cause when the grass is greener, the people are meaner.’”

Prim & Propa is a signaling of bigger and better things for Power, including plans to release an EP of the same name. “This EP is really a safe space to feel good, to be pissed off, to harness the future and to be – or not to be – Prim & Propa,” she says. If her career thus far is any indication of future success, there is no doubt in our minds that Connie Constance is a force, destined for greatness.