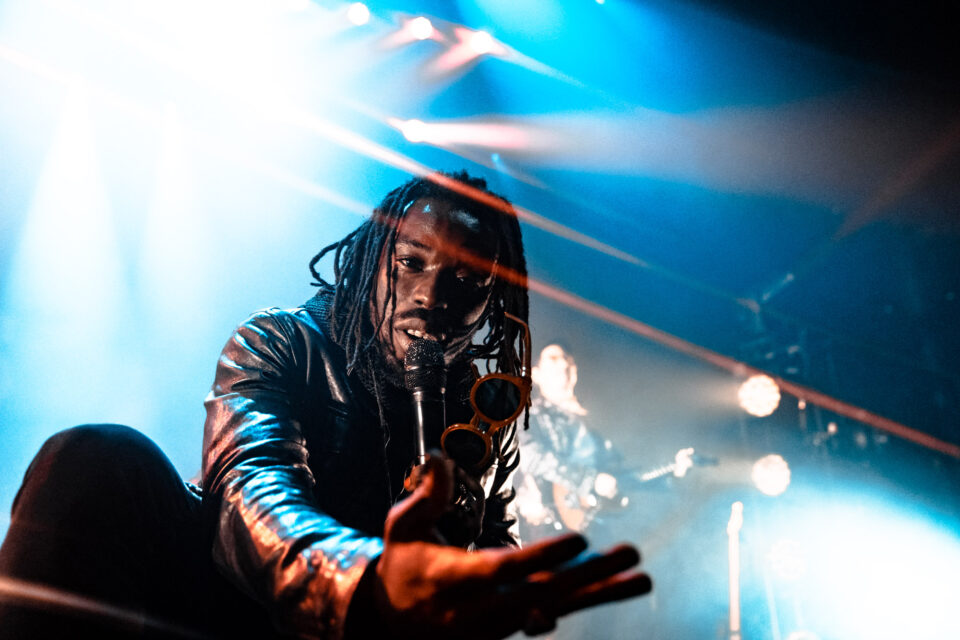 Since the release of their self-titled debut album in 2019, Black Pumas have been consistently selling out shows, and with good reason. Singer Eric Burton and guitarist Adrian Quesada are a match made in heaven and have four Grammy nominations to prove it.

“If you’ve got soul then you got fire” off Old Man sets the tone early on, almost describing the band perfectly. The absence of the brass or strings that give the original tracks some of their flair is apparent but the masterful licks of the guitar such as on I Am Ready and Touch The Sky and Burton’s unfalteringly impressive vocals and boundless charisma more than make up for it.

An excited round of cheers escapes the crowd as he belts out the first line of Sugar Man by Rodriguez, and together with a cover of Bobby “Blue” Bland’s Ain’t No Love In The Heart Of The City, it’s easy to see where Black Pumas get their influences from. Their first single, Black Moon Rising, lets keyboardist JaRon Marshall show off a solo while Oct 33‘s outro is drawn out by backing vocalists Lauren Cervantes and Angela Miller. The band’s propensity for the dramatic feels like it reaches a pinnacle as the lights cycle through a spectrum of colours, and Colors is complete with a snippet of Marvin Gaye & Tammi Terrell’s You’re All I Need To Get By as well as a pause for applause before they exit the stage.

But it doesn’t end there. After what feels like an extraordinarily long wait, Burton re-emerges on a platform on the upper circle, guitar in hand and mic at the ready. The unmistakable intro of Tracy Chapman’s Fast Car echoes across the room, swiftly drawing the cheering to a hush – once again we are nestled comfortably in the palm of Burton’s hand, lapping up every morsel of his artistry. By the time he joins his bandmates on stage for Fire, there are no tricks left. Black Pumas’ sound may be reminiscent of the past, but based on tonight, their music will take them well into a blinding future. 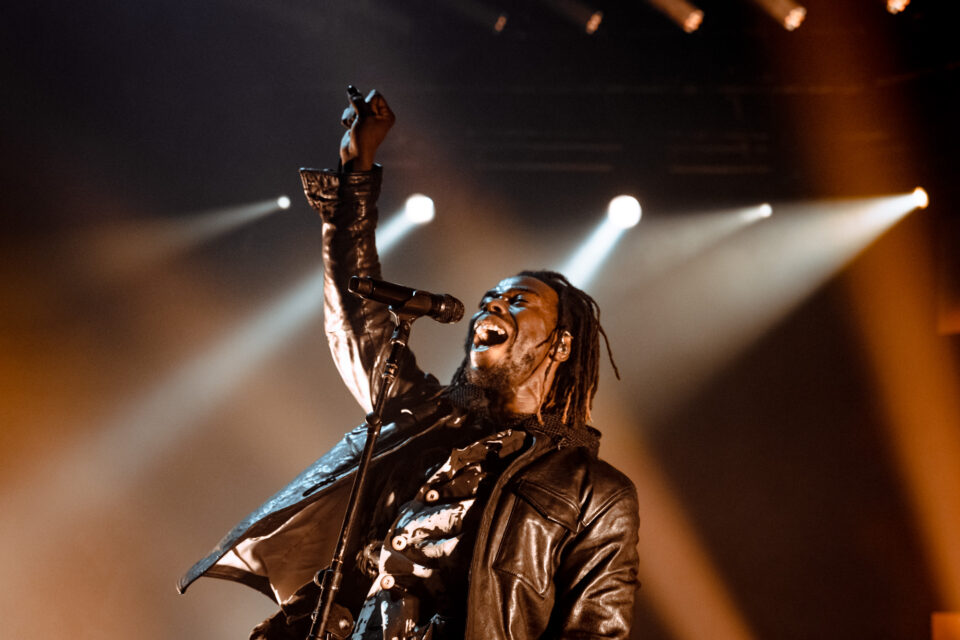 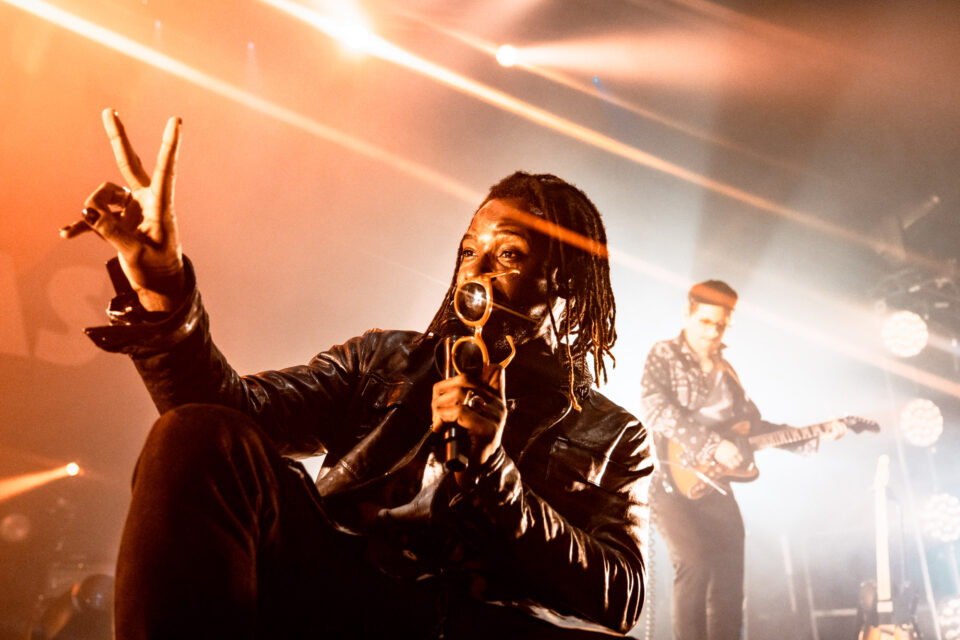 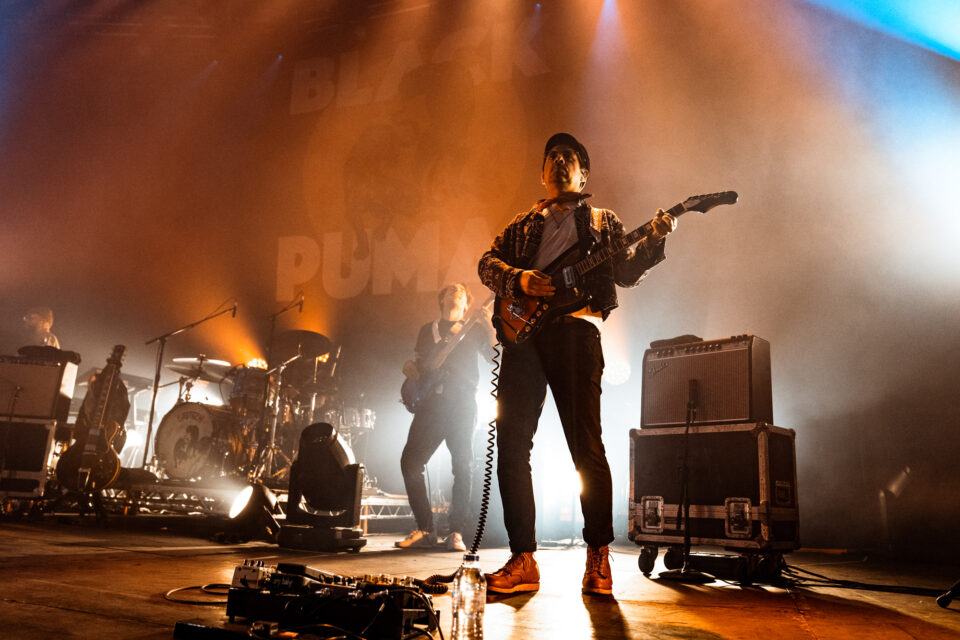 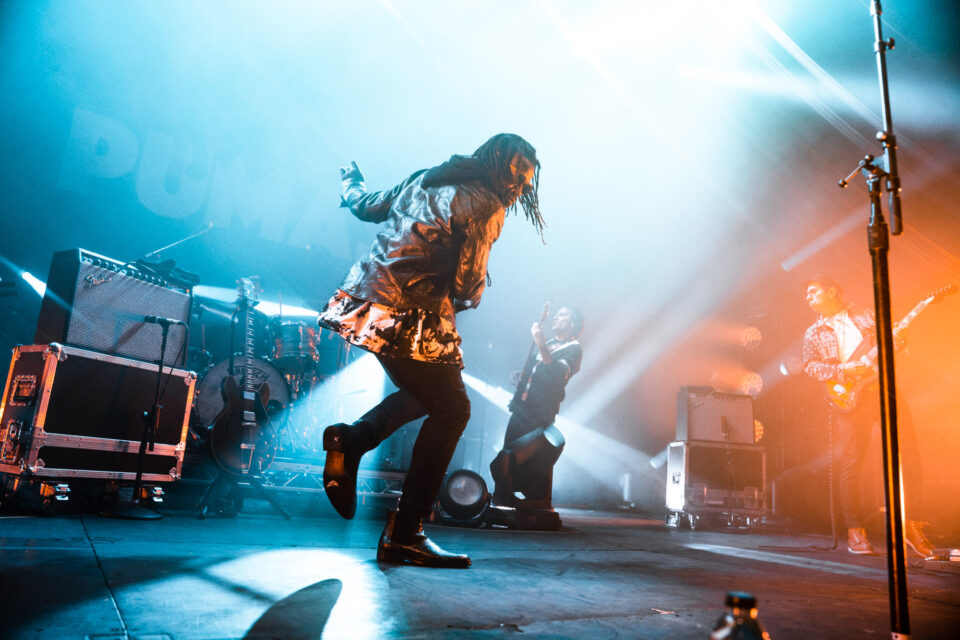 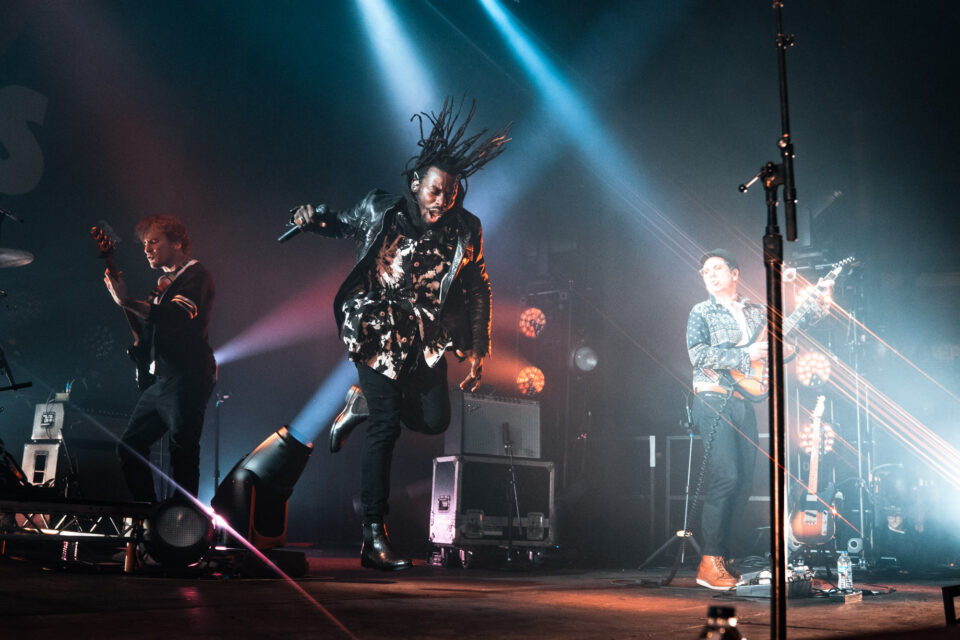 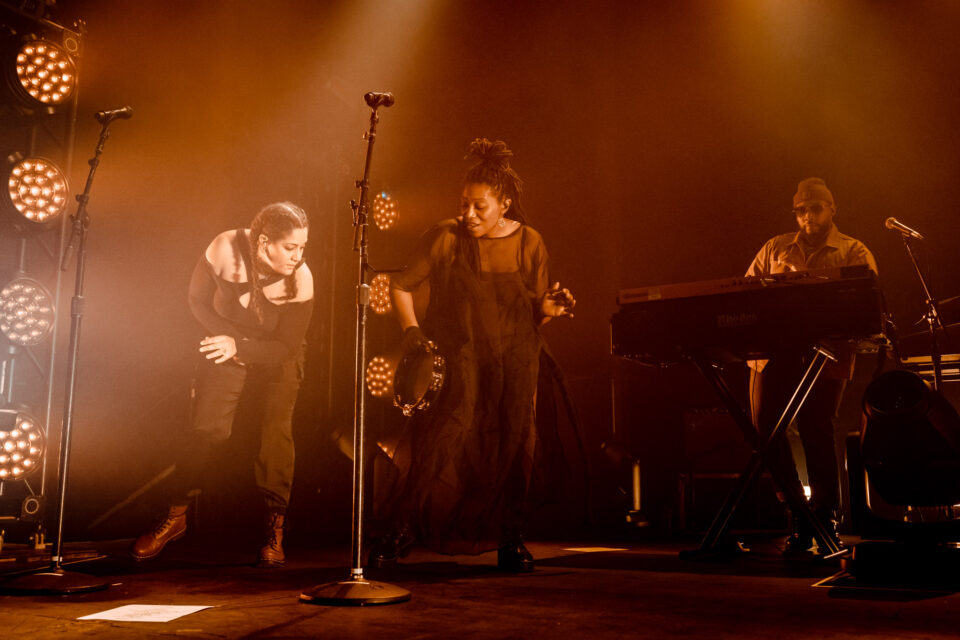 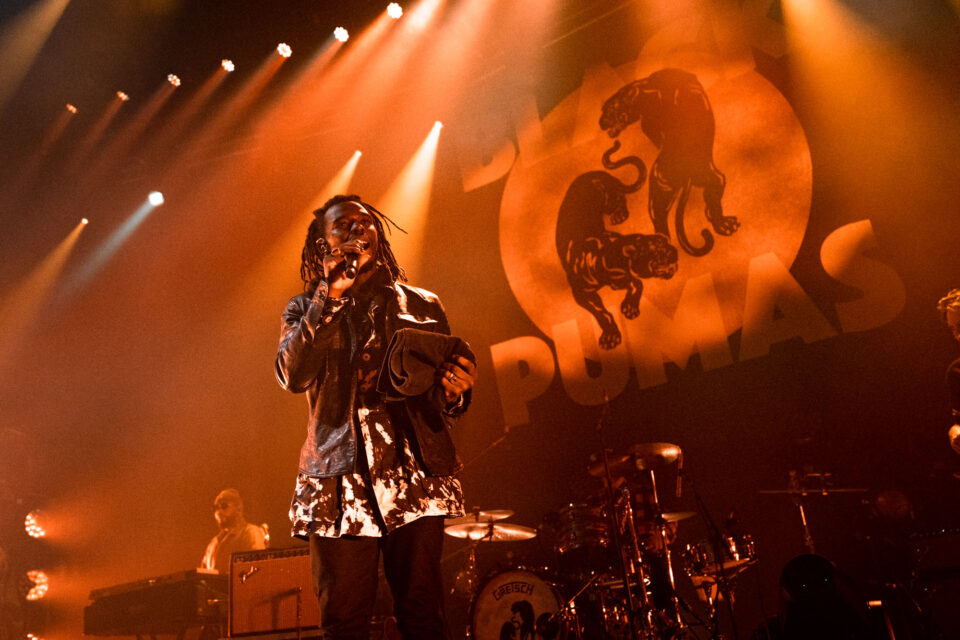 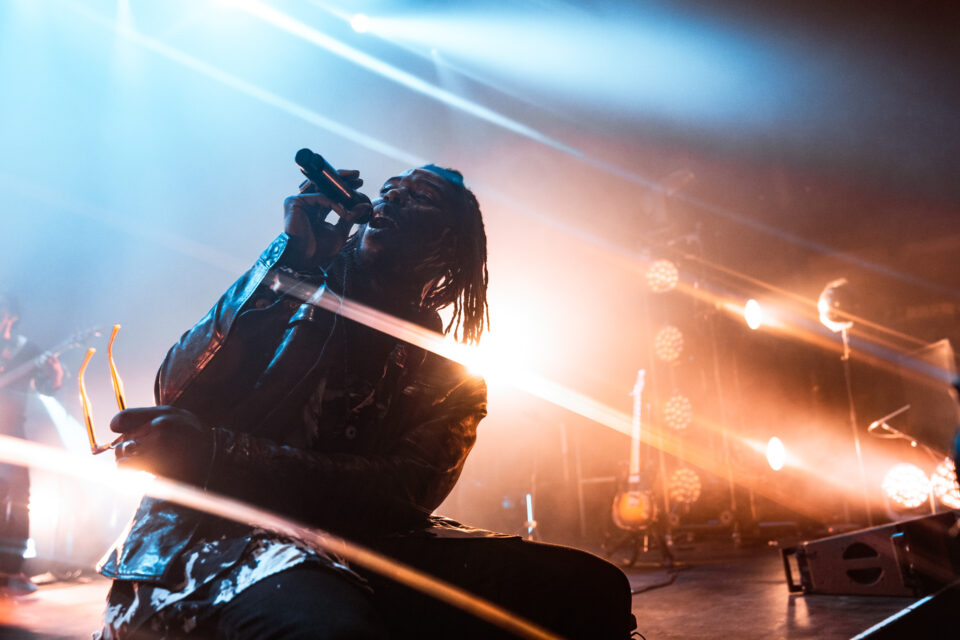 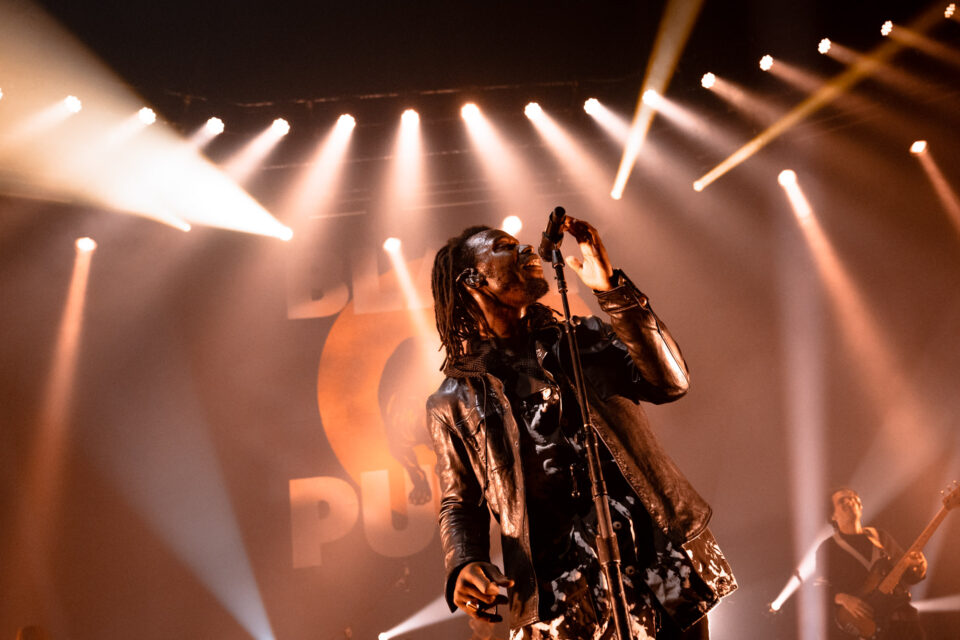 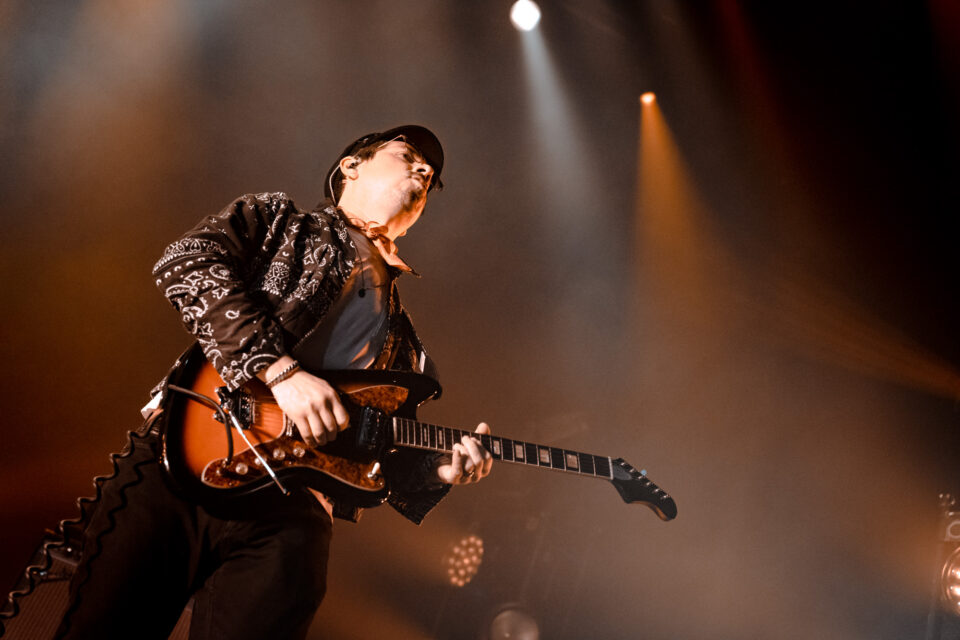 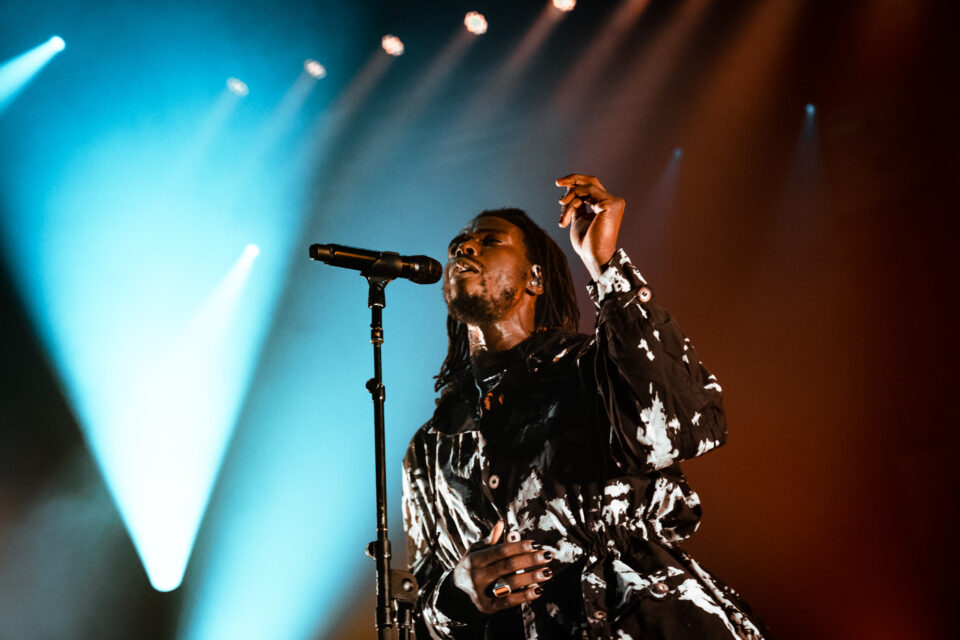 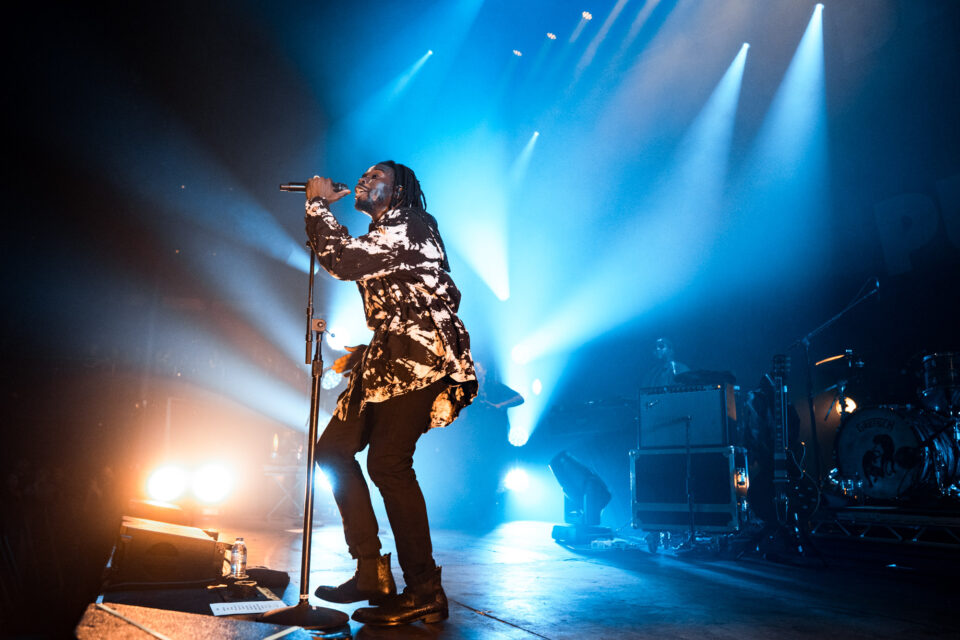 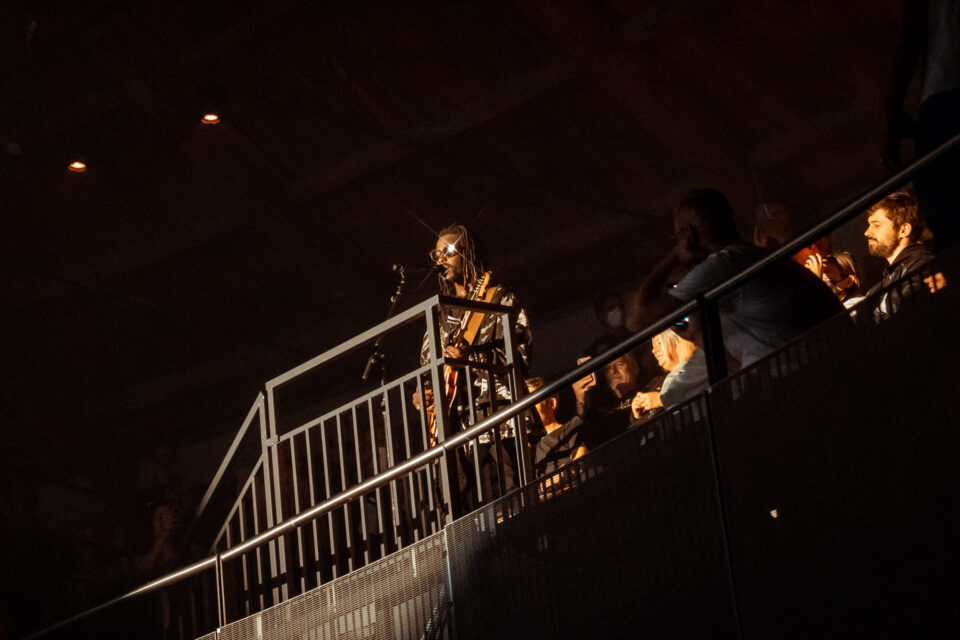 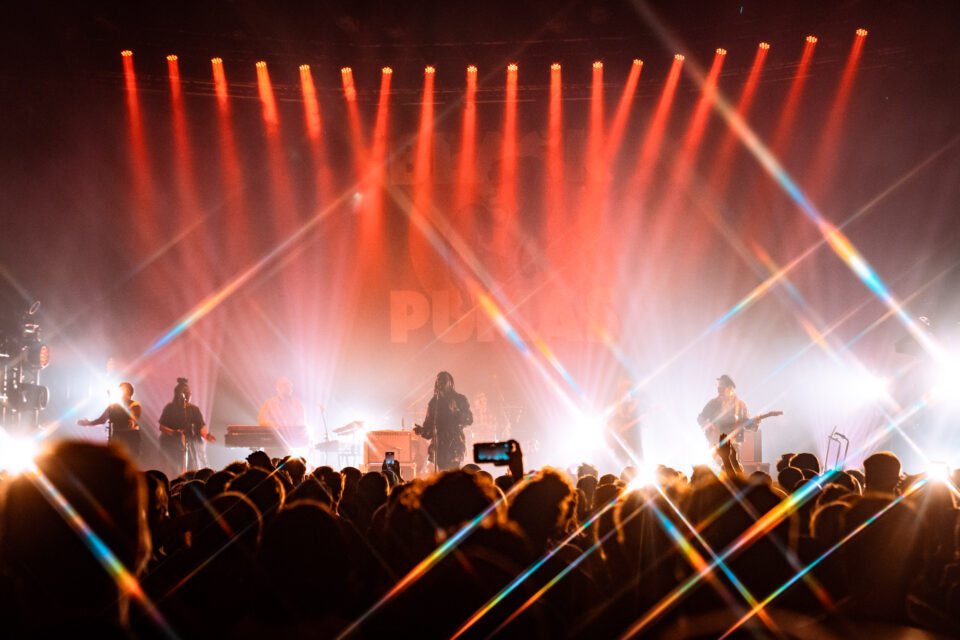