Infusing a new breath of life into post-hardcore, Static Dress amp up the angst in their newest single sober exit(s). 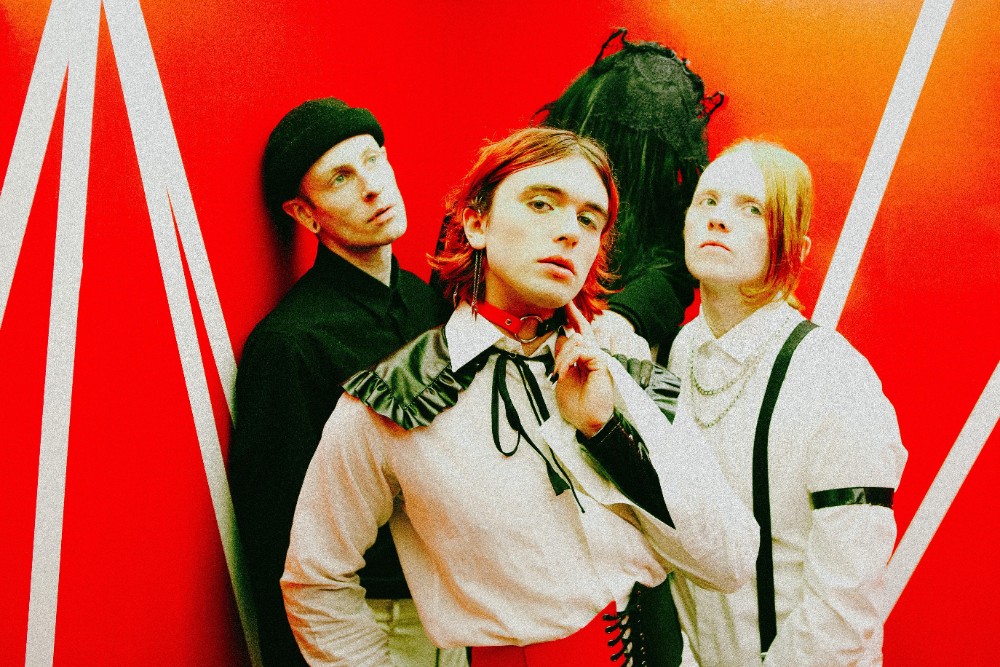 Leeds-based quartet Static Dress were part of a generation that grew up around post-hardcore and emo, and they’ve now taken that influence into their own hands to give it a fresh shot at life and renew it for the modern generation. Maintaining the crushing riffs that we can’t get enough of and filtering them through innovated melodies, the band presents a tantalising sonic world, and they beckon you to join them on the next chapter of it with sober exit(s).

The single marks the announcement of their debut project, Prologue…, which will be a comic book illustrating the Static Dress universe alongside an accompanying soundtrack. Set for release on December 3rd, it’s a project that’s been drawn up by Tanya Kenny and written by vocalist Olli Appleyard, and it acts as a distillation of the band’s narrative to date. sober exit(s) is only the beginning of this journey, as it blurs the line between the real and the make-believe in a hair-raising, nightmarish twist. It tracks our relationship with the external world and our realities, questioning the authenticity of our experiences and connections, making for a thought-provoking listen as guitars blister past. It’s certainly set the expectations high for whatever is to come next from the band and we remain intrigued to see what else unfolds.