Artist Of The Week // JOSIE PROTO

Armed with an acoustic guitar and a charismatic attitude, Josie Proto sets out on a journey of gratitude with her latest single Thank You. 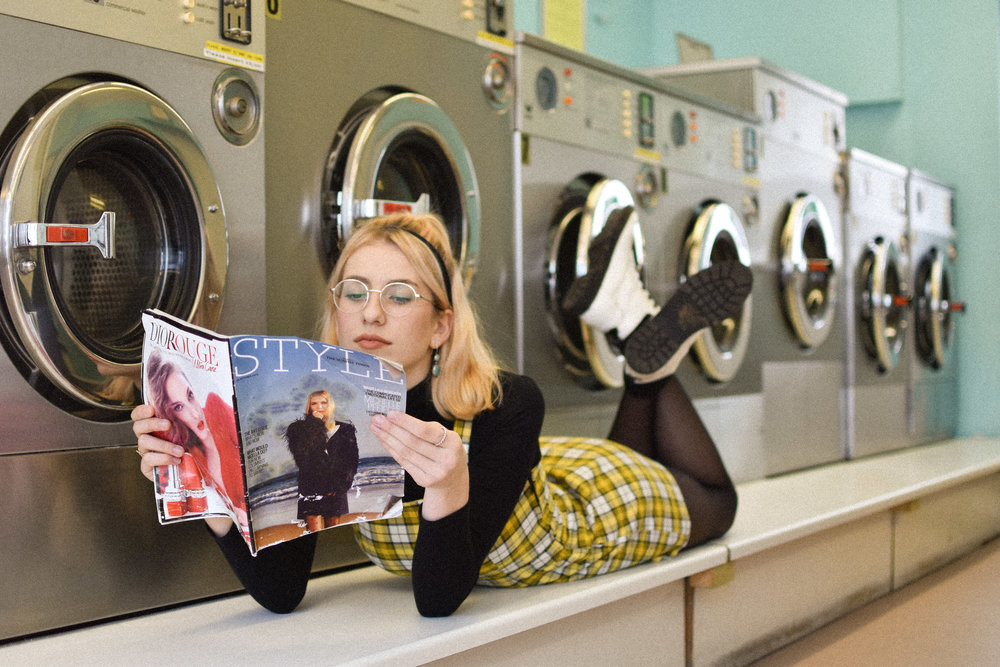 British singer-songwriter Josie Proto presents a lovable, charming sound with folksy acoustic guitar and heartfelt vocals tinged with innocence in her newest single Thank You. The track feels aptly titled following the musician’s success with her recent debut EP, Pub Songs: Volume 1, hitting number 1 on iTunes, and the track plays upon Josie’s feelings of gratitude, no matter how big or small. For times when words feel like they cannot convey the full depth of our thankfulness, Thank You can now be the go-to track to express these feelings, and you’re sure to end with a smile on your face from the optimism that radiates off the song.

Explaining more about it, Josie says:

The song is incredibly literal; it came from remembering a friend of mine from when I was maybe 6 or 7 and wanting to know if I had same impact on him as he did on me. I wrote the lyrics almost instantly and the melody and chords came secondary for this one; it was really a poem before a song. There were so many stories of small, yet impactful meetings and crossings that I wanted to incorporate, but the ones that I felt were most important were ones that had either left me with a phrase that I have remembered or a sense of guilt. It’s amazing how a very small interaction can make you feel guilty about the most minute things. We kept the production simple, I wanted to maintain the raw and honest message without confusing, overpowering instruments. I hope ‘Thank You’ reminds people to be kind and grateful for the small things.

Feeling smitten by the artist and the song, we spoke with Josie a bit more about her debut EP, and the things she feels grateful for.

“Bacon goes with everything” – because it does.

If you could set Thank You to a TV show or movie, what would it be the soundtrack for?

This is such a hard question. It would have to be a film about the tiniest encounter that sparks a huge life change. I feel like it would make sense on ‘How I Met Your Mother’ or something similar because the whole idea behind that is about all the small things in the characters lives that led to Ted meeting ‘The One’. Or maybe it’s the soundtrack for a dating app advert, that would be kind of funny. All these people going on dates that don’t lead to anything, just so they can end up meeting the person they spend the rest of their life with. Anyone know any contacts for the Tinder Marketing team?

Light blue and yellow. Yellow is my favourite colour, but sort of orange/golden yellow, like a school bus. I’m not really sure why those colours. I like to think of them as happy and chatty which is where my music tends to lean.

What are the things you are most thankful for?

My dog, ice cream and my friends. Maybe also the people around me who seem to have more faith in me than I do myself. Also bacon.

When was the last time you felt grateful?

I was having a rough day and I phoned my best friend at about 1am and I just bawled my eyes out down the phone to him for about 3 hours. He had work the next day, but he was more than happy to sit and talk for a while with me. I woke up the next day in such a better place, and I am forever in debt to my friends who are so fantastic to me.

You mentioned that Thank You started off as a poem before it became a song; how do you normally go about writing songs?

When I write on my own, I usually start with an idea/concept first, lyrics usually come after and then finally a melody. I kind of work in a very roundabout way, where it all sort of connects as I am writing. When I write with other people, I usually try a more rigid and practical route that usually starts with a pre-written backing track/chord progression.

What are your fondest memories from your debut EP?

I had the most amount of fun working on the videos. We had to film the shot of the bread being thrown at my face a million times when filming the Sliced Bread video and we were all in fits of laughter. The Burner video was filmed in lockdown too and was hilarious to film. I took my sister to the local woods and filmed in that ridiculous costume while dog-walkers roamed past. The other fond memory was when we were recording the vocals for Sliced Bread. We made a version that featured the classic Sean Paul and Nikki Minaj openings, ‘Sean-de-paul’ and ‘Yeaow money’, and put them in at all the dorps! Paul, my producer, and I were creasing.

That’s deep. And also super hard to answer. I could be very generic and answer that music is my expression form, which it is, but it’s also just a massive urge. I like to compare it to the urge of opening a car door on the motorway or wanting to cliff dive and all those types of adrenaline rushing things. It’s also always been my safe haven, songs that mean the most to me are usually songs that I feel the lyrics have been written specifically for me. Finally, I guess, music is just something to sing and dance to. It’s catharsis.