WILL HYDE Releases Cinematic Visuals for ‘meant to be.’

Prepare to be completely captivated by not only the sonic, but also the visual creativity exuded by will hyde for his newest single meant to be. 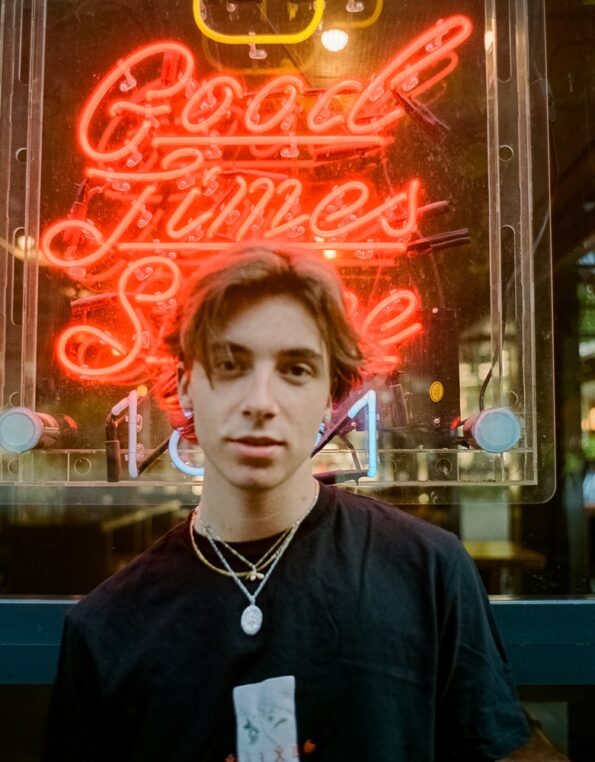 Australian newcomer will hyde dropped his infectious new single meant to be. earlier this summer, and now he’s back with an equally alluring video to match. The video features shots of will, with a forlorn look on his face, performing the track in a variety of settings from the back of a pick-up truck to a stunning old mansion.

Speaking about the making of it, will shares:

it feels really exciting to put out another part of me with this video! i think that it takes u into my mind so u can get to know me better. there’s shades of light & also darkness, which is important for me to show as a contrast. both are a part of me and both influence the music. my favourite shot is on the balcony at the end – we were filming in this big old mansion (an honour) & mid filming i decided to get up on the ledge and start boogie-ing. there were these big floodlight poles we had up which was super awesome. i like watching all the crew on set go about things. working on a set the size we had was a new experience & i just enjoyed the process really. Wildebeest also had great catering & snacks (snacks are my number one essential for shooting 😉 ). i hope u love this video & if u do, let me know about it so i can get to know u !!

meant to be. departs from the glorious sunny beats of his previous single, instead channelling a more brooding vibe and a fiercer edge as sassy clicks and electric guitars deliver a dose of attitude and brazen charm. With an irresistible chorus to match, meant to be. is sure to get you rocking out and dancing along with will in the video.