Album Review // PVRIS ‘Use Me’

If this album proves one thing, it is that PVRIS have mastered the electro-pop / synth-pop sound and are unparalleled in creating a dark yet dreamy mood and a sad yet tranquil sound you can lose yourself into. 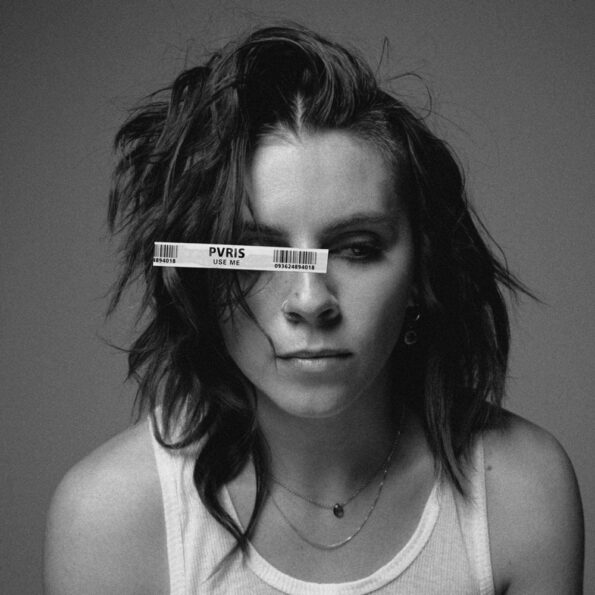 One of this year’s most awaited album, PVRIS‘s Use Me finally sees the light of day. With classically steady Lynn Gunn’s vocals and excitingly tranquil electric instrumental, topped with pacey and soft drums, each song sets that distinct, contempt, time-defying PVRIS mood and transposes the listener to a new world of dreamy and calm dance beats they can get lost in.

Kicking off with Gimme A Minute and Dead Weight, the album gives away rather quickly what it’s all about and the sound you should expect going forward: each song has its own subtle charm and catchy beat that you can get yourself lost in while listening it on repeat for… a couple of hours or so. Their message is well matching this tendency, focusing on and rejecting the burdening and recurring presence of insecurity and emotional drainage.

Stay Gold and Good To Be Alive follow, each with a unique beat and contrasting in their energy, however, they do sound like slightly more energetic versions of the background music you’d except to hear when walking into H&M or New Look or… you name it. Together with January Rain, these three songs might be at first quite forgettable and blend in with others out there, however, they do grow on you as they unveil their truly multi-dimensional sound with each listen. However, what does come across right away (and holds true throughout the album) is the contrast between the vibes given off by the sound vs the lyrics. While at first these come across as rather positive, dare I say jolly, party songs, you can quickly realise the melody betrays (expected and trademark) underlying messages of hopelessly hopeful romance, feelings of not-belonging and suffocation as well as a deep wish for liberation.

By far the stars of this album are the next three songs, the pre-released Death Of Me, Hallucinations and Old Wounds – arguably the most ‘alive’ and upbeat songs of the set where Lynn’s voice is present and poignant and the overall sound is fuller, more fun, more ‘busy’ compared to the rest of the songs, with the latter reminding us why we fell in love with her vocals in the first place.

An interesting piece that stands out from the lot is Loveless: it is the only one which strips off the heavy synthesised sound and instead embraces the acoustic guitar, creating a lyrically simple yet a movie soundtrack worthy song.

Title track Use Me comes in two versions: with and without 070 Shake and as you probably figured out, the duet version is less dreamy but more full in terms of the energy it gives off as well as the impact the combined vocals have on the song – they undeniably stand out from the instrumental unlike the majority of the tunes in the set.

If anything this album proves one thing: PVRIS mastered the electro-pop / synth-pop sound and are unparalleled in combining overall dark and hopelessly romantic, sad lyrics with party-worthy beats, creating a spellbinding sound you can lose yourself in. One thing I would like to see though would be braver, more fluctuating and less processed vocals, that can stand out above the instrumental. Since winning ‘Best Vocalist’ in 2017 at the APMAs, Lynn has definitely improved, however, the vocals have also become more cautious, as well as more processed and enhanced post-production. Don’t get me wrong, the instrumental is lovely, clean, smooth and, as I mentioned before, professionally done, however, it overpowers the vocals to the point of absorbing them and making them blend in too much. That being said, the album is a mood and creates a mood and I guess in doing so it achieves what it was designed to do. Overall, Use Me definitely deserves a few good listens at least and it is above perfect for you if tranquility is what you’re looking for.