Band Of The Week // GLASS CAVES

Releasing their new EP A Spin Around The Sun, Glass Caves mark the start of a new era with a renewed focus and a sharpened motivation. 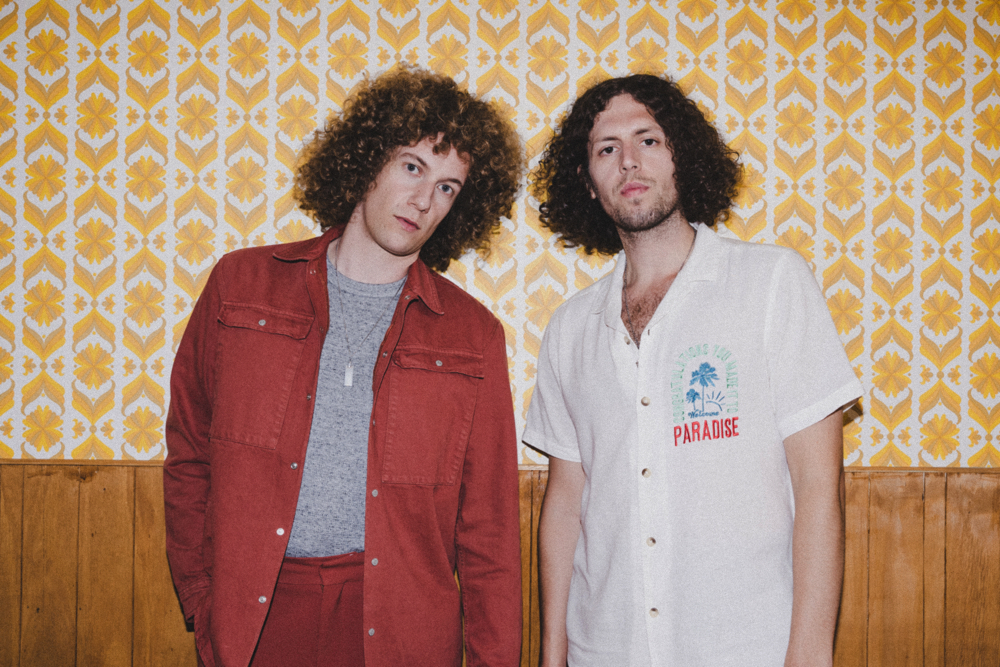 You might have previously known the Yorkshire band Glass Caves as a group collective, but as they return for the next chapter of their musical journey, they have stripped back to core members Matt Hallas and Elliott Fletcher. Yet the two men are still creating just as much noise and infectious energy as before with their newest EP A Spin Around The Sun, evidenced by joy-inducing tracks such as Chasing A Feeling and sparkling Eye To Eye. What is slightly different is the refined sense of purpose, and the emotional grips of this newest body of work; there’s more honesty, more openness and subsequently more confidence as the duo are unafraid to share their selves with the world. Speaking more about this, Matt comments:

This EP has been the first time Elliott and I have really been able to write music by ourselves, so we’ve taken that opportunity to explore areas we wouldn’t have otherwise explored.

There’s definitely a sense of this unflinching honesty and self-exploration in the gripping Who Are You?, while the falsetto tones in Left Or Right creates a sensuous listening experience that builds on the questioning undercurrents of the track. Sharing more about the theme of the EP as a whole, Matt explains:

‘A Spin Around The Sun’ is an overview of the life experiences we’ve been thrown into throughout the past year. It represents the broad range of emotions experienced during transition, whether it be loss, fear or excitement. This past year has been a rollercoaster.

With this change, there’s never been a better time to catch up with Glass Caves and find out more about what’s been going on behind-the-scenes, and the process behind this shift in the band’s trajectory.

What a question. Got to be a warm yellow for this record I think, it’s about being positive through tough times and the colour of the sun seems apt. We’ve actually got a few limited edition prints of the vinyl in a sunset yellow colour that look incredible.

If you could set A Spin Around The Sun to a TV show or movie, what would it be the soundtrack for?

Would need to be something galactic/space related. Space jam? What a film, watched the last dance during lockdown between some of the writing so it seems apt too.

You mention that A Spin Around The Sun provides an overview of the past year, what has been the highlight of the year?

People coming together and helping each other out is a big one. Obviously it’s been a tough year for everyone, a lot of the tracks lyrically hone in on people or that person that gets you through. And I got a cat, definite highlight of 2020.

What was the most unexpected part of recording the EP, whether pleasant or unpleasant?

We had an unexpected amount of pub visits during the recording process that were definitely pleasant. We recorded at the start of the whole eat out to help out scheme so lunch usually ended up being a trip to the local for a pint and a quick bite. Was absolutely fantastic to keep those creative juices flowing.

What are your fondest memories of producing the EP?

It was just great to be able to do it firstly after months at home, obviously a bit different to usual with restrictions in the studio etc but it was so good to be back making music, everyone was buzzing.

We were still demoing one of the tracks the night before we went into the studio. It got really late (so late it was early) and we were making too much noise to be in the house so ended up laying the vocals down in the car in the street, was a pretty mad production set up on the dashboard. At one stage we were worried it wouldn’t be ready but the track ended up being our favourite on the record.

What inspired you to strip down to a two-piece for this EP?

A combination of a lot of things. Our guitarist left early in the year but the two of us had been the main ones writing recently so it seemed natural to continue with the more streamlined writing process. The writing was really fun for this EP and it was good to try a few different ideas. In the studio and live we are still a full five piece band though so it’s great bringing the ideas to the full band set up and seeing them evolve.

It’s just amazing innit. For us it gives an amazing outlet to say things that might be harder to say otherwise.