“I want to be sure that I am honest to myself and not trying to find my identity in another group”, shares Normandie’s singer Philip Strand as they unveil their most introspective work to date with Dark & Beautiful Secrets and embrace past struggles with identity to affirm who they are now. 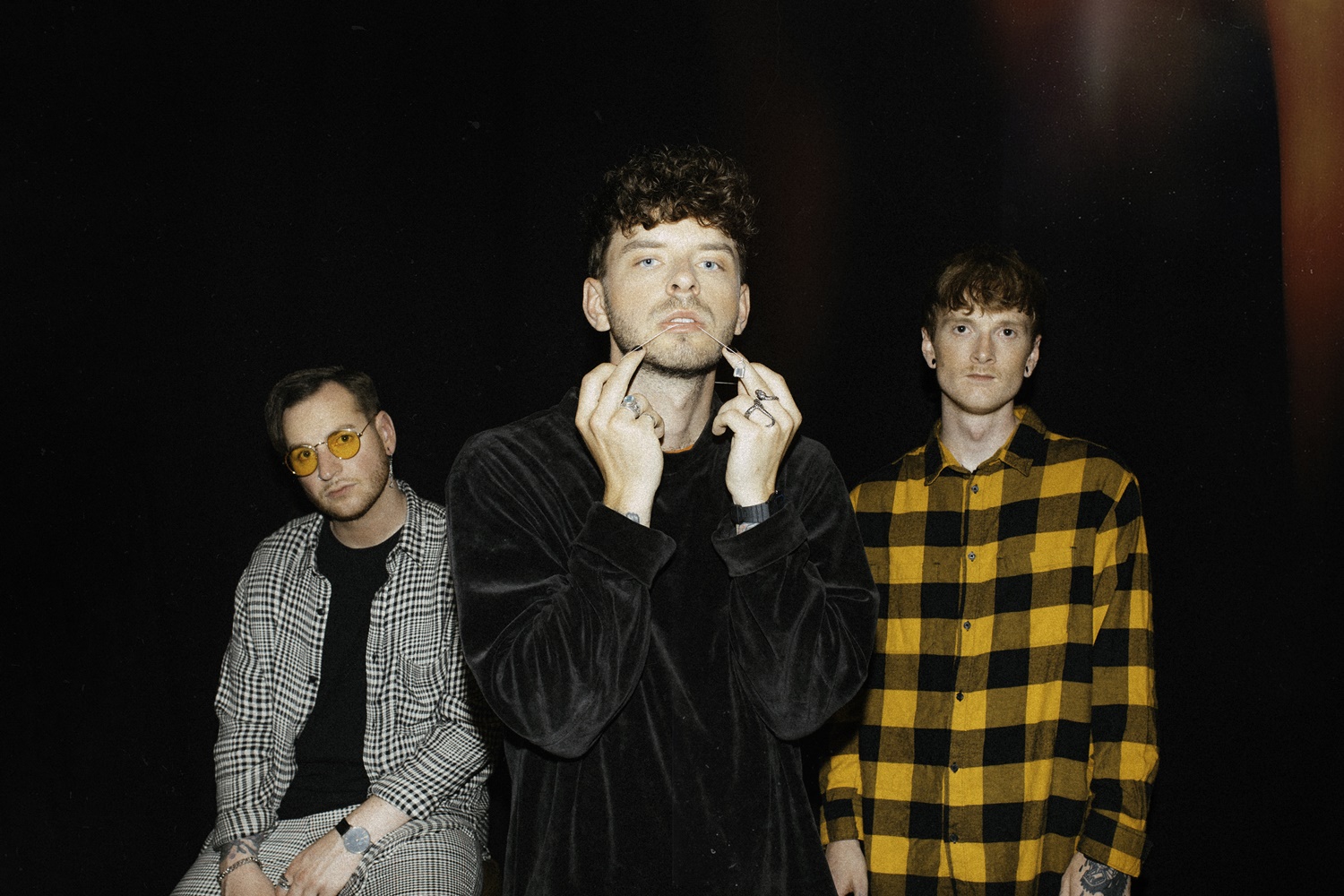 Finding yourself is never easy, but embracing it will make the journey a bit smoother as we discover on Normandie’s intimate third album, Dark & Beautiful Secrets. Within it, singer Philip Strand goes back into his own past to grapple with stories that have been previously shelved away, reaching into them to discover how they have shaped him into the person he is today. It’s the most honest that the frontman has ever been with fans, as he reveals, “White Flag was very much like a concept album, surrounding the theme of giving up in different situations; giving in, or giving up, both of them. It wasn’t a very personal album, it has nothing to do with me and my life story other than feelings that I’ve felt throughout my life. There were no true and honest stories in that album but for this album, it’s the reverse way around. All the songs are about different things and the only thing they have in common is that they are 100% honest and truthful, they are all stories from my past.”

The choice to take such an open approach came as a slight accident though, when the band decided to play the then-unreleased Jericho on their tours with Dream State and The Faim. It struck a chord with both the band and listeners, and for Philip, it was the moment he discovered that, “I don’t want to trace back some emotion that I had when I was 19 and heartbroken just to get a relatable song out of it. I just felt like I want to have something that is 100% true to what I feel at this very moment.” A different angle was needed, and when they played Jericho, “I saw that if I just switch a few words around, it resonated with my youth and the way that I detached myself from the identity that I was brought up into. So all of a sudden, Jericho became this song about me growing up, becoming a teenager, and becoming an adult.”

Lyrically, this is an unfinished piece, but musically, I think this album is complete

That moment of revelation quickly led to the rest of the album falling into place, as Philip explains how “I wrote Holy Water and then after that, it was just like ticking off boxes of all the things that I’ve gone through, throw something at the wall and see what sticks. There’s some stories from my past that didn’t become a song because the song itself wasn’t where it had to be musically. So lyrically, this is an unfinished piece, there’s still things that I can talk about that I haven’t on this album. But musically, I think this album is complete.”

Holy Water is an important track on the album not only because it was the first track to be penned after Philip’s newfound approach, but also because the track is “about the core of all the stories that I’ve gone through, and all the different shapes and forms of identity that I’ve gone through in my youth. All that leads back to one single thing in time and that is when I left church. When I left, I sort of turned my back on religion. That is the cornerstone of my entire search for identity.”

Although this could be mistaken as a departure from religion, Philip is quick to clarify that “I want to be really clear here that I love religion – I am not ashamed to say that religion is one of the better things that we have, that we can connect to and that we can connect with. It has helped me in times of trouble to find some comfort in something else than myself. I have been searching for an identity and I’ve been pretty much all over the place, but religion has been something that I can come back to.”

“But a church is a community; there’s so many different churches, and all of those are 100% different from each other apart, from having the same faith. Sometimes they don’t even have the exact same faith – some churches might follow one part of the Bible and another one might follow another passage. For me, the community of the church that I grew up with didn’t really bring out the best in me.” Although Philip grew up in this community, he realised how toxic it could be when newcomers tried to join. He recalled how when “new people came into the church, who may have been like ex alcoholics or been through some real dark shit”, him and his friends, “being the perfect kids that we thought that we were, we became spiteful in a way. It became really toxic that people had a hard time fitting in. It was a very, very poisonous environment for me to be in. I didn’t want to grow up there.”

It was then that he realised, “I just wasn’t a good part of that group, I needed to find something else. I wanted to find my own way of doing things and building a strong relationship with myself before I started connecting with other people and finding my place in society.”

Leaving the community that he had been with for all his life prior was not the easiest experience though. Philip recalls that while it felt initially freeing, he quickly found himself stuck between different perceptions of his identity. “The past 14 years of my life, I had identified myself as a Christian and as a part of that community, and all of a sudden, I didn’t have that ground to stand on. I was the ex Christian boy in school that people still viewed as a part of that community but to me, I wasn’t. It was like I was in limbo between being Christian and not Christian, because I wasn’t really accepted as a non-Christian and like a regular kid, because I was stamped a Christian in my past. So I had a really tough time in my teens trying to find a way to fit in both camps. So initially, it was freeing, but then after a while, it was really tough.”

Upon reflection, Philip muses, “I think that if I had been prepared for the years that was to come after leaving church, I would have a better time doing it. The search for identity is not something that people should avoid, you have to have that search to finally end up where you’re supposed to be. But I want to say to the younger Philip that it’s not going to be easy. If you can hold on to a friend that you can talk about the process of finding yourself with, then please do that. I wasn’t really honest with anybody about how much I wanted to fit in because when you want to fit in, that’s the thing that you don’t want to talk about.”

I found out new things about me but it wasn’t troubling me to go through this stuff, it was more like an epiphany

Although he wasn’t completely open about his struggle when he was younger, Philip admits “I think that it was visible for other people to see that I was a bit of a chameleon and stamped me as try-hard or a lost boy; they probably knew that I was really struggling to fit in and that didn’t look that good. But I didn’t have a choice, I needed to find whatever was going to be right for me. Inevitably, the right decision for me was to not be a part of any group, but rather to take bits and pieces from all of the groups that I can relate to.” It confirmed for Philip that “I want to be sure that I am honest to myself and not trying to find my identity in another group.”

In writing this album and digging into his past struggle with identity, Philip describes, “It’s like finding the keys to why I am the way I am today. I found out new things about me but it wasn’t troubling me to go through this stuff, it was more like an epiphany. There are things in my past that I’ve forgotten about or maybe even pushed away, and finding those things made me even more reassured that I’m on the right path now. Growing up, it was probably a good thing that I had a struggle with identity. I think I’m more happy now, afterwards, than I was before. Before the album, I knew all the things that I had gone down, but now I’m more thankful for it, I have a better relationship with my personality that I had before. I haven’t even gone through a fourth of my life yet so there’s still a lot to come. But for now, I’ve closed the first chapter of my life.”

And it’s an impactful chapter to close on. As we continue our own grapples with who we think we are and how we are perceived to be, it’s easy to feel our convictions rocked and our self-beliefs wavering. Yet Dark & Beautiful Secrets will remind you that no matter how much you get thrown off your path, you will find yourself again.