Renowned for their signature melodic guitar riffs, explosive rhythm section and hypnotic live shows, The Pale White have managed to live up to their well-earned name with their resounding debut album Infinite Pleasure. 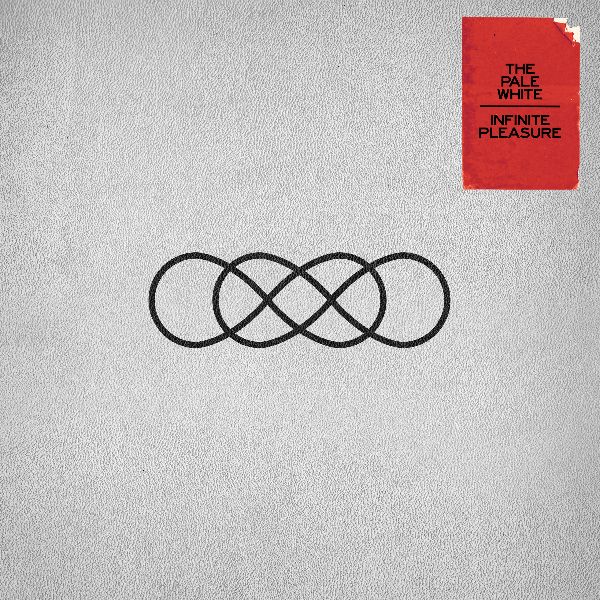 A three-piece indie rock band from Newcastle, UK, The Pale White is comprised of brothers Adam Hope, lead vocalist and guitarist, and drummer Jack Hope, as well as long-time friend Tom Booth, who plays bass. Through the power of word of mouth, their creation of exhilarating records, and the natural ease which they display when delivering hypnotic live performances, this indie-rock trio have proved themselves to be one of the most exciting new British bands.

Infinite Pleasure is The Pale White’s debut album which has been both highly anticipated and a long time coming. Lyrically grappling with motifs such as addictive substances in Medicine and sexual temptation in That Dress, Infinite Pleasure appears to be a thematically and musically cohesive exploration of the inherent human desire to feel something.

Introducing the album, self-titled track Infinite Pleasure consists of initially eerie sonics and intense guitar riffs, as well as incredible vocal harmonies in the second verse which will raise goosebumps on your skin. Glue, the second track on the album, similarly implements heavy electric and bass guitar and offers a catchy, memorable chorus which will unapologetically stick in your head for days.

With a heavy bassline and overlaying electric guitar, That Dress is sexually-charged and thrilling in its adamant lyricism “You wear that dress / You show me the door when I need more.” Without the guitar and lead vocals being so in sync, on electrifying tracks such as Glue and That Dress, they probably would not pack as much of a punch. The band’s passionate emphasis of each melody and utilised instrument, in the creation of their unique sound, is deeply refreshing, and illustrates the necessity of the individual elements that each band member provides.

Metaphorical lyricism is portrayed through vocalist Adam’s astonishing high notes, in the addictive anthem Medicine, as The Pale White intelligently pen the lyrics “maybe it’s a heavy dose of déjà vu” and “Give me that medicine / What a waste to suck that sedative.”

It is no surprise, therefore, that Medicine has a reprise in the tenth track …Still No Taste, in which we hear a short, stripped-back acoustic rendition of Medicine’s chorus. Echoing the lyrics “there’s no taste” from Medicine in its title, …Still No Taste offers an interesting twist on the original song and displays a thematic continuity in the album.

Confession Box is one of the slower songs on the album but, by no means, does it lose The Pale White’s trademark electrifying guitar, which beautifully contrasts with the pensive lyricism “I can’t get enough / You’ve got better stuff to talk about now.” The succeeding track to this is Anechoic Chamber Blues which, given by the song’s title, is unsurprisingly a melancholy track. Sonically, and emotionally, profound vocals rest on a bed of acoustic guitar in this mellow and sombre track. The band especially showcase their stunning song-writing abilities in this vulnerable track, as they forlornly capture love and heartache in the lyrics “It takes two to tango but just one to waltz away / We could have a last dance if I could stay.”

The album’s concluding song, Frank Sinatra, is a modern political anthem, with its explicit and purposeful lyrics such as “Brexit for breakfast, we eat what they tell us, to bring order to the chaos.” The chorus “They got a gun, you got a sling, that’s life / This city will burn, we know they’re gonna learn” is particularly powerful and, intriguingly, the song switches up after this, from acoustic sonics to gritty electric guitar, as if to reflect the perceptive lyricism.

When listening to this album as a whole, you will notice that The Pale White do not shy away from creating extremely piercing sonics which are explicitly noticeable when you listen with earphones. The band have truly mastered the art of marrying Adam’s phenomenal vocals and impeccable guitar skills, with Tom’s thunderous basslines and Jack’s passionate percussion. Very cleverly, the Geordie trio have managed to sonically deconstruct many elements of both indie and rock genres, almost as if to emphasise how brilliantly the two genres unite.

The Pale White have expertly created a magnetising debut album which will infinitely give you pleasure to listen to.