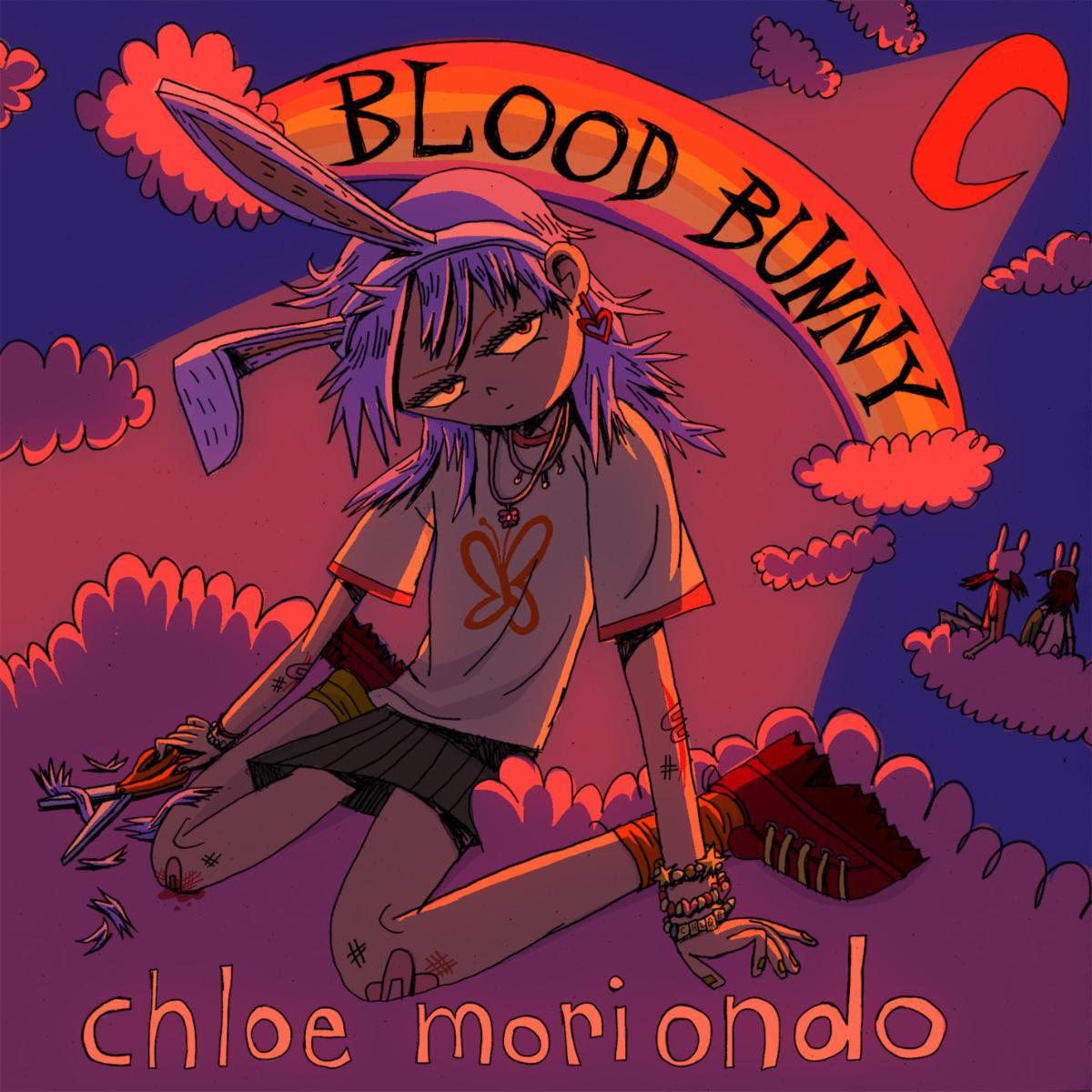 At the mere age of thirteen, chloe moriondo began her musical journey by posting covers on YouTube and SoundCloud. Undoubtedly, so much has altered in moriondo’s life since she posted her first cover, and the journey of her wonderful artistry is reflected in the album’s prevalent lyrical themes of infatuation, and the conflicting feelings of self-deprecation and embracing your strange uniqueness.

Kicking off the album is the infectious anthem Rly Don’t Care, a liberating track which embodies moriondo’s newfound, carefree attitude towards her appearance and outstanding style. This track introduces the coming-of-age feel that this album possesses, as we hear her embrace her individuality in the lyrics “I promise I didn’t ask if my piercings are attractive to you.”

With graphically explicit lyricism set against a soft, acoustic backdrop and its Jennifer’s Body-esque music video, the empowering, commanding track I Eat Boys feels like an extraordinary reclamation of power for women, trans people and non-binary people everywhere; the lyrics of verse one “walking but my legs are shaking” are directly contrasted with the chorus’ lyrics “now your legs are shaking” as if the fear, which predatory men instil in women and the LGBTQ+ community, is reclaimed and transferred to those men who create danger on the streets.

“I wrote more honestly on this album than I ever have before,” says moriondo, who first began to compose songs as a little kid in Michigan. “I think it has to do with becoming more honest with myself in general, especially since graduating high school, and really figuring out what I actually care about and what I want to express in my music.”

The regretful ballad Slacker is a mellow combination of melancholy lyrics, such as “maybe it wouldn’t even matter, if it always ends in disaster,” and lightly-strummed electric guitar. Particularly in this track, moriondo showcases her effortless singing abilities, which are reminiscent of Phoebe Bridgers’ stunning voice, as they tap into both high notes and deeper vocals.

Refreshingly blunt and light-hearted in its lyricism, Favorite Band depicts the relatable feeling of lacking connection with someone when they don’t share a similar music taste to you. Going so far as to namedrop some of their favourite bands, such as Simple Plan, Paramore and All Time Low, moriondo serves complete candidness in the lyric “I wish I liked you as much as I like my favourite band.”

A catchy indie vibe with a funky bassline, Bodybag is an audible exploration of moriondo’s enormous dilemma and mixed feelings about whether or not she likes someone. Similarly to I Eat Boys, the lyrics in Bodybag, such as “put you in a body bag instead of my bed,” display her exquisite ability at combining macabre images with contrastingly gentle music.

“I’ve always been a little weird, a little morbid and a little too excitable, and I think that definitely translates into my songs,” Moriondo shares. “Ever since I started writing I’ve felt the need to share as much of myself as I can, so that people who feel the same way might find some kind of comfort. I hope when people hear this album it’ll be refreshing to them, and help them feel better about themselves and maybe stop caring about what other people think. I hope it helps them know that being weird is actually a good thing.”

There are notably two songs which sublimely celebrate sapphic love on Blood Bunny and they are Samantha and Strawberry Blonde. A reflective acoustic number, Samantha beautifully depicts the profound love between two women as moriondo cheerfully sings “everything I write sounds cliché but I can’t help that I think about you every day, and every night, and every morning and afternoon, and all the time.” Strawberry Blonde is the most glorious and sentimental portrayal of sapphic love and affirms the joy one feels at finding comfort and salvation in a strong connection with someone you’re in love with. As moriondo animatedly sings “my girl’s made of peaches, soft grass and moonlight / Every touch reminds me it’s alright,” you cannot help but appreciate the joyous vibes which she radiates.

With an explosive, frenzied chorus of harsh guitar riffs and impassioned percussion which accentuate the intense emotions of the track, I Want To Be With You emphasises the passion you feel when you desire one person and one person only. Closing this exceptional, all-encompassing album is What If It Doesn’t End Well, the musical epitome of an existential crisis which will surely resonate with anybody who has ever experienced deep insecurity. As moriondo emotionally sings “what if I f*ck it up, like I always do, and my shit gets in the way?” the final track is like delving into the unrelenting, yet oddly calming, world of overthinking.

Despite all the changes she has experienced and the years of being put through hell, chloe moriondo has undoubtedly proven with Blood Bunny that anything is possible to overcome when you wear your heart on your sleeve, and that there is so much strength to be found in vulnerability and individuality.