In The Spotlight // AIDAN BISSETT 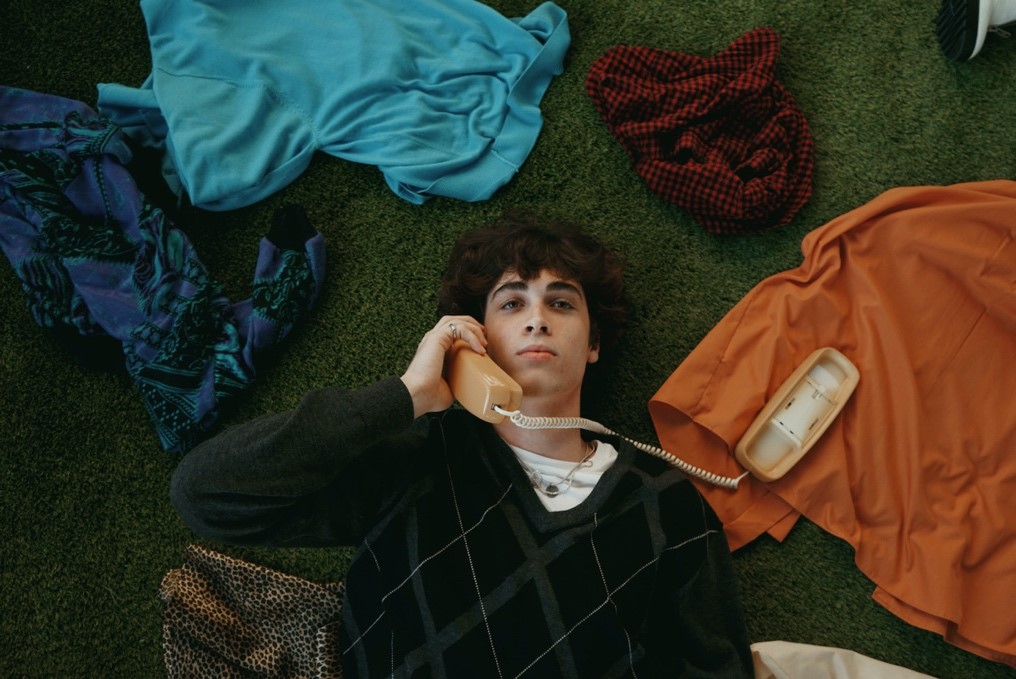 You’ve heard about some of the artists that we’re most excited for this year. Now, get ready to hear from the artists themselves as we shine a spotlight on their personality, the year just past, and their most anticipated musical artists. This week, we catch up with Aidan Bissett, a Florida-born bedroom pop sensation who taught himself to produce music in his teens. After amassing a considerable number of followers on TikTok and releasing the anti-love anthem Worst Girls Of All Time, Aidan snatched the attention of major labels and ended up signing with Capitol Records in late 2020.

Aidan’s most recent song, which is significantly his first release under Capitol, is his self-penned single Communication. Co-produced by Aidan himself and Zach Farache, an up-and-coming musician/producer who is better known as Verzache, the track immediately pulls you in with its catchy chorus, introspective lyrics and atmospheric sonics. Reflective of the song’s vibrant and light-hearted energy, the blue-skied music video for Communication depicts Aidan through a fish-eye lens, singing into a pink microphone with quirky facial expressions. Proving himself as one to watch, with his irresistible personality which shines through into his breezy music, we thought what better time than now to get to know Aidan Bissett more?

For me, it is making sure that I am keeping work fun. I never want to feel like writing music is a chore. Once it becomes a chore, the writing process becomes very difficult and creativity doesn’t flow. Write from the heart and don’t worry about whether people will like your sound. If you believe in what you’re making, people will listen.

Are there any behind-the-scenes stories of recording your latest single Communication that you can share with us?

YES! The music video we released was not the original video we filmed. The first video we filmed we dedicated a whole weekend to. It was an elaborate video with cool equipment and a lot of moving pieces. Shooting it was so incredibly fun, but in the end there ended up being a long hair that had made its way inside the camera lens. This hair was in every single shot and made the footage unusable, so my videographer Sidney Mazza came up with the fisheye video idea and we shot it in two hours. I ended up liking the video we released way more.

I love this question! We have all been stuck in quarantine with little social interaction for quite some time. This song was me screaming out to the world that I wanted to be social again because it is an important part of human life. I wanted the song to be upbeat and fun so when people play it they can forget about the hard times and focus on all the fun things to come. It’s got a ton of guitar and a really bouncy bass line. Oh and did I mention that it is beyond catchy.

Don’t listen to the judgement of others. Do what you love because it will make you happy.

The most life changing and impactful year of my life.

My guitar, Dawson’s Creek, and music.

I can whistle really well.

I hope to keep releasing music that people enjoy! I love releasing music because it feels like I’m putting a piece of myself out in the world. I think my dream would be to go out and perform and connect with fans on a personal level.

My music is a window into my life. I want people to be able to see vulnerable parts of me and hopefully relate to the emotions I am expressing. My music says everything about me, it shows when I’m sad, happy, excited, scared and much more. I just want to connect to as many people as possible.