While She Sleeps take the metalcore world by storm in their rebellious, defying new album SLEEPS SOCIETY. 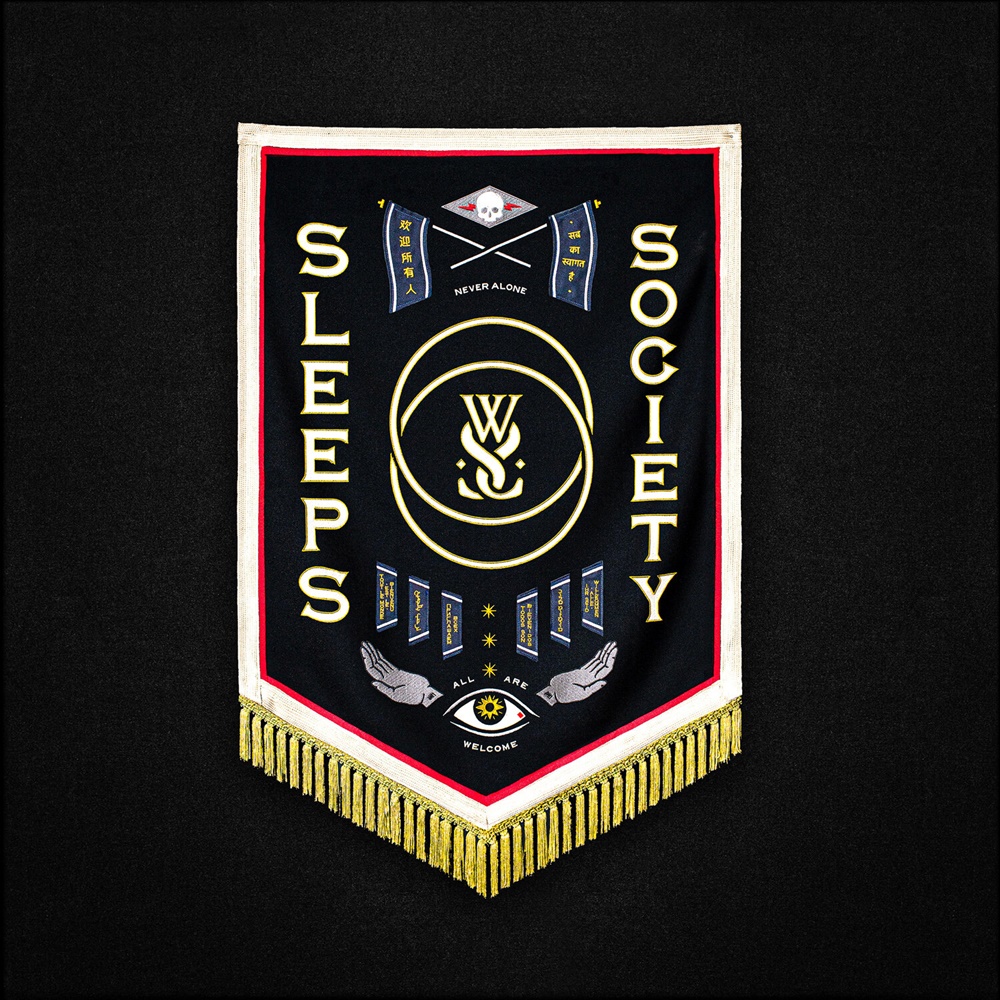 If you’re into metalcore, thought-provoking lyricism and the likes of Bring Me The Horizon or Architects, then you’ve surely heard of While She Sleeps and their ‘agenda’ of standing against the system… and more recently, of breaking the status quo of the music industry. Starting from a dream, a vision, the band has created a dedicated and fierce fanbase that supports, encourages and helps materialize their most rebellious ideas… including ditching the traditional ways of ‘making it’ in the music industry to take their fate, future and livelihood into their (and their fans’) own hands. With their previous album SO WHAT? – released via their independent label – becoming a huge success and their newly founded Patreon funded ‘Sleeps Society’ initiative being fully embraced by their fanbase, you can only expect greatness from their latest album also named SLEEPS SOCIETY. And greatness they delivered… metaphorically but also literally by distributing their vinyls and CDs independently.

The album kicks off with ENLIGHTENMENT(?) and YOU ARE ALL YOU NEED which sets the tone for the rest of the album. WSS have kept their songs deeply rooted into their iconic style and trademark compositional recipe, however, they took it all a step further with more intense drops, a more balanced ration of heavy and soft vocals and a braver integration of electronic elements (similarly to the direction BMTH took in their latest album Post Human: Survival Horror). There are a few songs in here bound to become memorable moshpit triggers once the gigs can take place again.

From a lyrical standpoint, they have become more straightforward and less metaphorical. Thematically, however, the evolution is not too clear as they follow the same formula and put forward the same ideals we’ve all come to love them for: they rebel against the oppressive, suffocating, traditional working of our society by instigating to the proverbial awakening, urging for change and promoting independence, free-will and innovation. But by no means does this mean it’s a bad thing, after all not everything that stands the test of time is necessarily broken and in need of decommissioning and re-invention.

The album also features a couple of shy, subdued guest appearances from Biffy Clyro’s Simon Neil (NERVOUS) and Sum 41’s Deryck Whibley (NO DEFEAT FOR THE BRAVE) which add a new flavour to their sound, but which unfortunately are not present enough to make a remarkable difference.

Speaking of differences, an atypically soft yet impactful tune worth mentioning is CALL OF THE VOID, demonstrating a stripped down, vulnerable side of the band that has so far been hidden under all the anger and avalanche of decibels. This tune marks a surprisingly lovely album finale and, while completely different from what we know WSS to be and sound like, it may well become your new favourite soulful ballad and WSS song. It surely became mine.

As for the ‘official’ album finale – DN3 3HT – it is a monologue which explains plain and simple the band’s stand… but which to me is unnecessary and overkill because it just emphasises what their well-crafted music expresses just fine already.

Overall, SLEEPS SOCIETY is an amazing WSS album, showcasing that the band has steadily evolved its sound and its power to move and impact a listener. As a band, WSS is stronger and more determined than ever to make a real change and purely through its existence and fanbase reaction, it also shows that their ideas work in practice and are now more than a dream – they are a movement which inspires hundreds of people. This being said, what shines brightest from SLEEPS SOCIETY is its admirable political and social stance, so much that it casts an unexpected shadow over the band’s actual music which seems to now be just a means to an end, a platform rather than a piece of art in itself.