“I feel like rock is part of my DNA,” we sat down with Johnny Aries to discuss his current musical work, his experience through a global rehabilitation and the expected rebirth to follow. 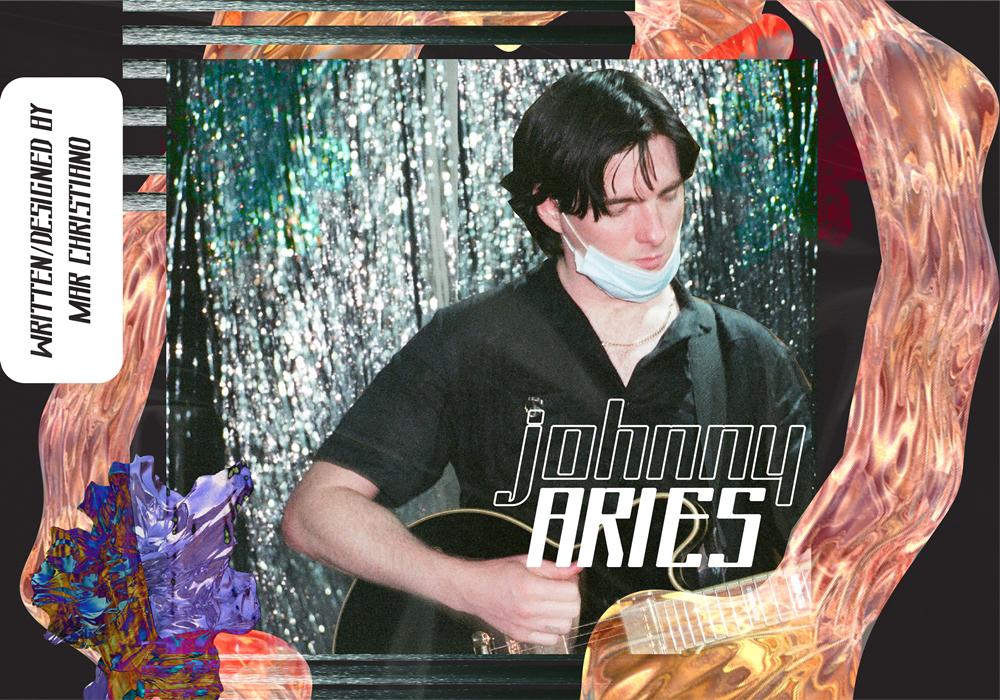 With a reputation for surf-rock anthems, Johnny Aries, former band member/guitarist of The Drums, trademarks his matured persona through darker themes and tantric melodies. GIG GOER dives into his sullen psyche as he discusses his recent work and enlightened perspective throughout a global lockdown.

Johnny Aries, guitarist/vocalist formally identified as Johnny Danger, has spent the last decade working with a plethora of revved indie-rock bands such as Two Wounded Birds and Swim Deep and the infamous surf, indie rock group, The Drums. Now, taking some time in England to produce his latest solo-work after his 2014 project, Unbloomed, Johnny shared some insight on his previous style.

“I feel like rock is part of my DNA and I grew up in the scene of Oasis and that kind of aggressive, rock thing, that work is within me. My goal was to do something a little bit more refined, more emotive, more tender,” Johnny recounted. Swiftly after, Johnny recalled the variance between his previous work and newly produced work, “I listen to the album I am working on now and it’s nothing like I have done before; which is good. It’s more aggro but also more soft. Some of the songs are ‘curl up in a ball and cry’ but others are ‘windmilling my arms just screaming,’ type vibe. It’s one or the other for me. It’s never in the middle.”

With the irony behind Johnny’s jet black hair contrasted with a cream turtleneck, it’s easy to conclude he falls into the black and white thinking – the pristine focus on extremes.

In order to be inspired, it’s important to have time away from creative tools

As we virtually conversed between different time zones and lagged webcams, the effect of the pandemic on such a creative lifestyle transcended into the exchange. “There’s only so much you can do when you’re pending. When I was in New York, I was just pending in my apartment and you can only switch rooms so often. In order to be inspired, it’s important to have time away from creative tools because you need to ingest new experiences and feelings and you need to be leaving the house and go for a walk around the city. It makes me feel renewed. The lockdown has been a blessing and a curse, creatively,” Johnny reflects.

On one hand, he has spent innumerable hours creating, producing and writing with limited interruptions. On the other hand, he has lost touch with the musical locality that was evident while touring with The Drums and recording with Swim Deep.

“I can’t wait. I’m literally pulling my hair out,” Johnny states after being asked about a hypothetical end to this global disruption. “It would be so good to get on a plane and go to Japan or Russia or something. It is so exciting, the only excitement I get out of life anymore is going to a foreign country. I think that’s why I love Anthony Bourdain so much. When you watch him go to other countries, he’s really digesting the culture, the food and the real experience of just being somewhere. That, for me, is the most exciting part. Fuck the shows,” he slyly jokes.

“Traveling somewhere and meeting people. Having a brief but romantic experience with a new city, you know, all its players. It really evokes the highest feeling in me.” Johnny’s vagabond mentality manifests in his lyrical work which was seen by some at the SXSW 2021 festival.

Johnny Aries’ SXSW 2021 performance was brief yet intimate; similar to a lullaby that ended a hectic day filled with conventions, film showings and musical performances. The set included him, his guitar and his candid vocals. A noticeable difference from his previous SXSW 2012 performance.

“My first time felt magical. I just moved to America during that time so I had never been to Texas. It was exciting. I performed with The Drums and there was a communal atmosphere around the streets and everyone was hanging about and meeting each other. It was a nice and wonderful experience.”

When asked about his forthcoming musical project, Johnny’s demeanor changed to a light smile with dilated eyes. “I’ve definitely been working on music. I finished a few of the songs on this new record during the lockdown. (With the new music) I have been doing it at home because of the studio being closed so there was some frustration that came along in the last 12 months. I definitely feel it surfacing in new ideas / song production – it has a bit more bite to it.” He further explains, “The new album is gentle and sorrowful but there are a couple moments of brutality. The newer things I have been working on are a lot more brash due to the frustration of the times.”

While we all wait with anticipation, there is no specific release date for Johnny Aries’ new solo project.

Spoken like a true artist, Johnny explains his creative process, “I definitely have been through periods where I fell in and out of love with music and myself and creativity in that aspect. Now I am ready to make a record for myself. It’s fun to work with The Drums; I love that band but I really needed to make a record of my own that is beautiful and textured and layered and kind of the things that represent me. The turnover rate is very quick and people are expecting rapid content but I don’t mind waiting for something that is true and honest from someone’s hard work.”

After last year’s destruction and now global trauma, creatives and admirers to the arts wait with resilience and hold on with anticipation towards a visionary awakening. Johnny beautifully affirms, “For the next few years, what we create is going to be influenced in the byproducts of this last year of our life, whether you’ve lost things or you’ve gained things, whether you’ve been depressed or you’ve been happy with it, it was a weird force that was put in front of everyone. It is going to create some interesting art.”

Johnny Aries has successfully combined introspection and vulnerability throughout the years with the help from some lapsed circumstances. Finally, he is ready to evince change through his musical maturity and artistry that will become the sign of the times.