With a confident attitude and woozy syncopated rhythms, Big Deal is the hooking new single from Tiberius b. 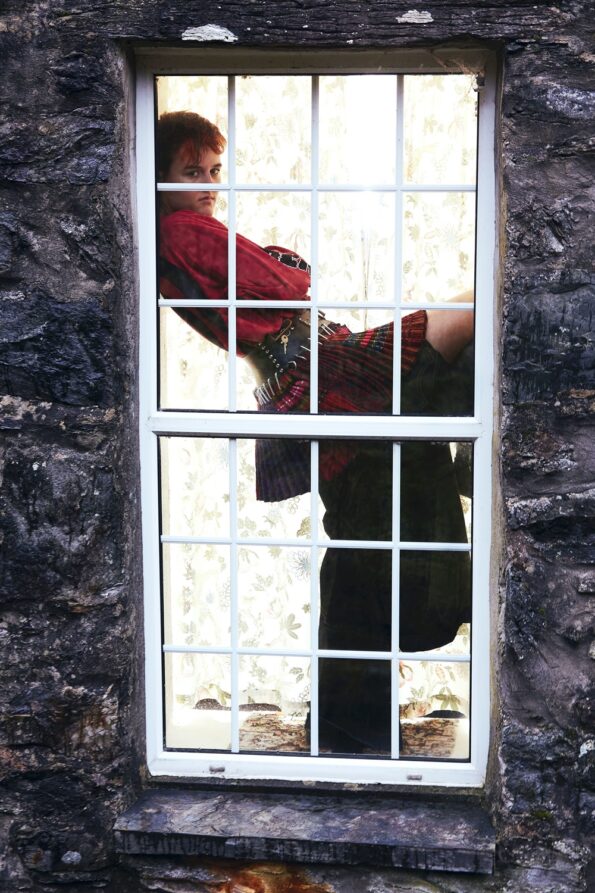 Born in London, but raised amidst the woods on a remote island in Western Canada, Tiberius b is an artist that captures the rawness of feelings and the stripped-back way of being in their music. With a diaristic method of storytelling, you are plunged into the heart of Tiberius b’s narrative when you listen to their music, which provides a cathartic escape from your own head.

Announcing their debut EP, Stains, the musician celebrates by releasing a brand new song and video called Big Deal. Channelling some inner-confidence which can be hard to find after a breakup, Big Deal captures the beauty within the pain and offers a sentimental journey. Speaking more on the track, Tiberius say:

‘Big Deal’ leans into the delirious, grandiose nature of brand new love. A cocky declaration which claims the potential of such a union could lead the heart and soul to salvation, absolving all of the wounds from past relationships.

As for the video, the musician elaborates:

What was most imperative to me was capturing us in and around the enchanted house where I made all the music, which has a rich and matriarchal history. My cousin Lydia and I are just being ourselves, expressing our inherent euphoria and playful, loving connection to one another. I feel very lucky to have been able to encapsulate so much of my family’s world into this project.