In The Spotlight // VC PINES 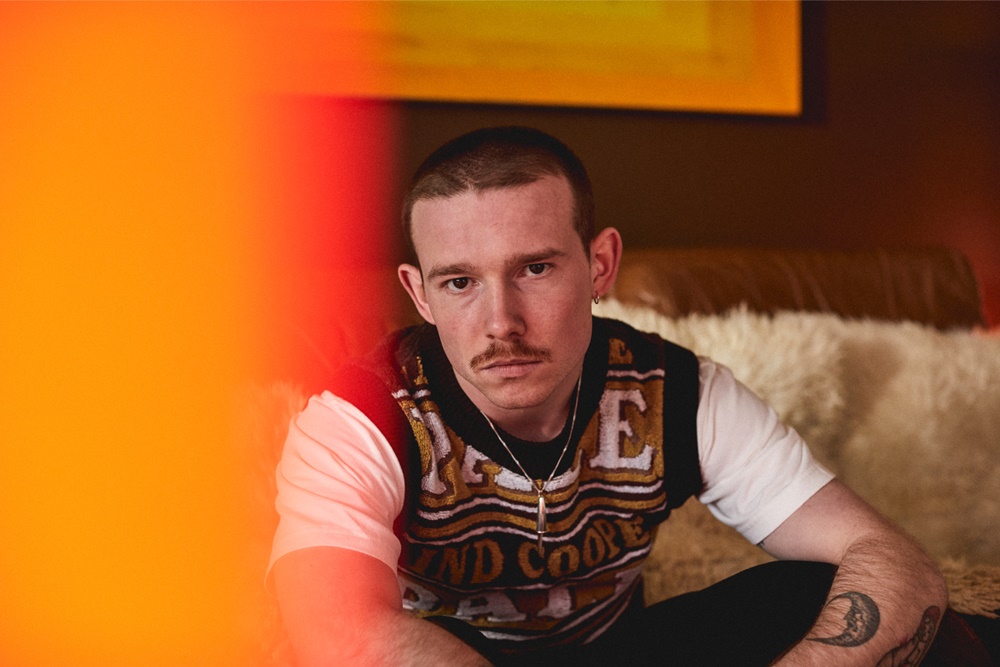 You’ve heard about some of the artists that we’re most excited for this year. Now, get ready to hear from the artists themselves as we shine a spotlight on their personality, the year just past, and their most anticipated musical artists. This week, we catch up with VC Pines, who has just released his new EP Concrete, which sees him reflect on the environment he found himself in over the last year in lockdown. Full of shimmering textures and warm sounds that will ignite a glow within you, the nostalgia of See You Soon and Compared To Someone Else leave a pining feeling for days gone, but in such a mellifluous way as to soothe all of your wistful musings.

The ‘Concrete’ EP was written during and just after the nationwide lockdown we had last year so it was a period of time for me where I was really able to just stop for a second and think about where I am right now as a person and as an artist, and focus on the things I really yearn for – Where I want to be, the things I want to do and also to reflect on things that have happened in my life and conversations that have shaped me.

I get a lot of my inspiration for imagery and film, and had a lot of time to delve into that obviously… I tend to watch something or focus on an image and write to what I think fits, even if it’s a total juxtaposition to what I’m looking at (they’re often my favourites). I had this image developing in my head of London at night, towards the end of a night out, when nothing good for you tends to happen… This idea of stumbling round the street lamps and lying face down on the concrete hit me and that’s what I wanted to encapsulate with these songs, the image of London nightlife, following several themes of romance, nostalgia, paranoia and overthought, guilt and forgiveness. I think the fact that we were locked down, couldn’t go out and couldn’t see people really built this idea of busy London nightlife into a stronger visual in my head as a way to try and experience it and block out the cabin fever.

I looked at some of the eras and events that have really inspired me, and I fucking wish I could have been in London during the 70s. There were soooo many different looks, sounds, events and ideas going on and I think a lot of it came together and found its way into the music. I want to fit in a space as an artist that makes you listen and think that’s gonna be sick to see it live so I wanted to incorporate the huge sounds developed in the 70s from funk, soul and Motown bands but also use similar instrumentation to my previous work with the Violet Collective so we’ll see if that’s been achieved when we can finally get back to touring eh.

Feeling inspired by the insight offered, we decided to prod even further and find out more about the driving forces between Concrete and what plans VC Pines has for this year.

Space to consume the world around them and to interpret it in their own way. I find that doing nothing but people watching or walking from A to B and back is just as important as making the art itself. It gives you a sense of freedom and the boundaries of your work start to get further and further away.

Are there any behind-the-scenes stories of recording your Concrete EP that you can share with us?

Haha, it’s hard to have behind-the-scenes stories when half of the EP was created during lockdown. The most amount of freedom I had on any track was See You Soon. It was in between the first two lockdowns so I went over to Bristol to work on it with Bad Sounds which was sick.

Go for a walk.

Pretty fucking bizarre. I remember when the media started talking about Covid-19, I had this live session with the Violet Collective at the Pool to film Cracks and we were all joking like ‘imagine if this was the last time we saw each other’ and it was for almost a year! I got kinda lucky in that I had my second EP ready to go, so I just continued to put out music and keep writing.

I can push my belly out to look 9 months pregnant. It’s great at parties.

To continue putting out my best music and get back to playing live shows.

It’s funny I think I learn more and more about myself the more music I write. I’ve come to realise that my lyrics are pretty much always negative. Even if the song has a happy, upbeat feeling exterior. I think there’s some shit I need to deal with eh.