Band Of The Week // SLEEP OUTSIDE

The feeling of being burnt out isn’t unfamiliar for most of us, and Sleep Outside share their own woes on it with their latest track Spent. 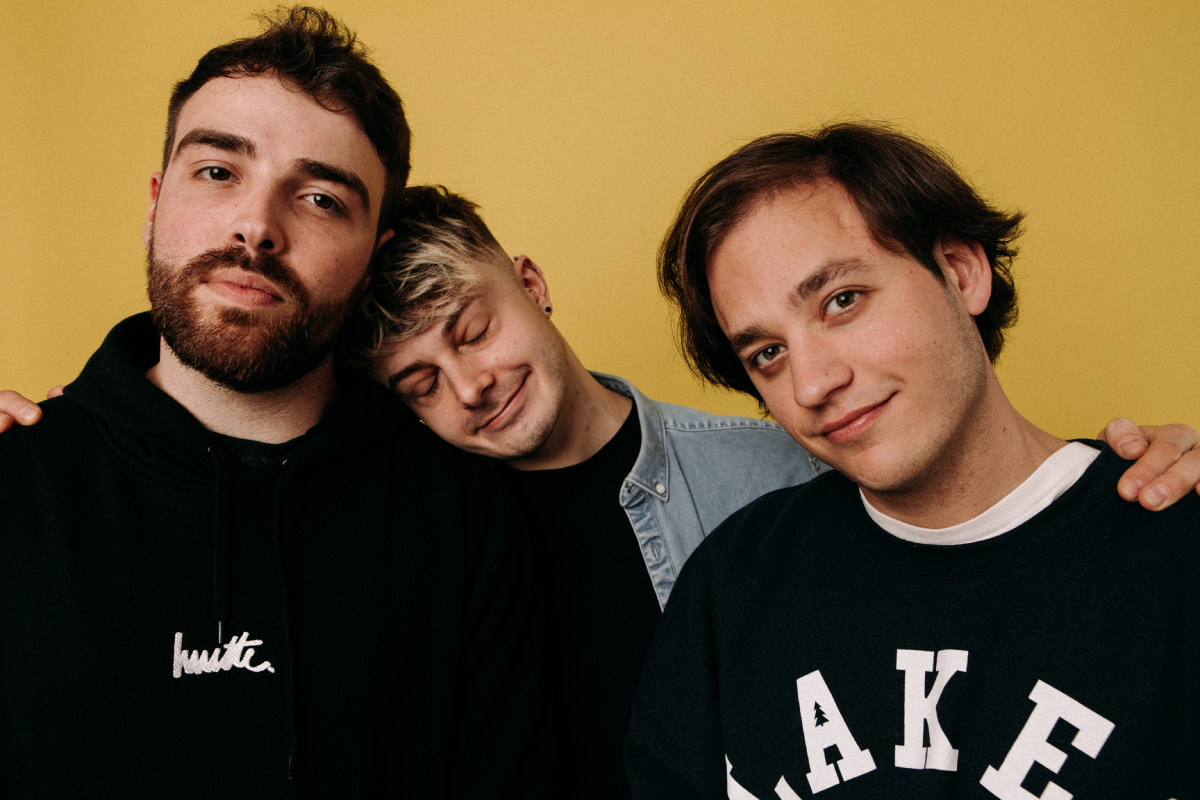 Cardiff-London trio Sleep Outside offer a refreshed sound of the early 00s pop-punk and emo sound that accompanied a lot of our adolescent and developmental years, placing a special soft spot within our heart. But instead of taking us back in time, they sound far from outdated by keeping pace with the world and bringing in more modern sounds, like a revamped version of the genre that will be pleasing for both old and new listeners.

The trio are gearing up to release their debut EP, This Won’t Ever Last, which is set for release on October 13th. In anticipation, the band has released a second single lifted from the body of work with Spent. Tackling the feeling of getting ground down by monotonous work routines and having too much on our plates, burn-out has never sounded quite this good. Although our ability to understand and relate to the feelings explored in the track hasn’t changed, the zealous guitars and twinkling electronics does make it that little bit easier to deal with.

Sharing more about the meaning behind the track, guitarist and vocalist Adam Holborn explains:

It’s about the period in time when you throw yourself into your work and burn the candle at both ends to avoid coming to terms with everything that is going on around you. It’s an homage to the past and a reminder to check in with yourself and realise what it is you’re working towards. The song holds a special place in our, and our friends’, hearts with the reference to ‘Embassy’ – a local community centre in Cardiff that has been so important to us and so many other bands from our area in forming lifelong relationships and musical tastes.

Feeling captivated by their sound, we spoke with the trio further about what’s in the pipelines, and their experiences of crafting their debut EP.

Plan for every option and entertain any idea before you write anything off because you never know what might come from the smallest spark. This has always been our motto when working on music, our visuals and every aspect of the band, and our lives in general!

Each song is different of course and the music videos can definitely influence this. Skeleton was always forest green to me but then the lighting and grading of the video was very warm. I’d say Spent is more of a silver and I guess the white walls and general colour palette of the video worked with that. We have another song and video coming up that was always lime green and yellow but again the video changed that to more of a moody red and purple.

If you could set Spent to a TV show or movie, what would it be the soundtrack for?

Being in any TV show or movie would be genuinely mind blowing for us, but if we had to pick it would be a tough call! We’re all obsessed with ‘Peep Show’ and ‘It’s Always Sunny in Philadelphia’ so those would be the obvious answers because I think that would be as big of an achievement as anything else a band could possibly achieve for us. There’s also a South Wales based YouTube channel could ‘Koolers TV’ which was filmed in a nightclub in Merthyr Tydfil that has provided us with hours and hours of entertainment, so we’d take ‘Koolers TV’!

What helps you reset when you feel spent?

We’re all big fans of gaming (not that we have the time so much these days) so some Halo multiplayer would definitely be our go to. We’re also big sport fans so some big UFC contests and some Cardiff City football matches are always a good time. Matt is also partial to a bit of ‘Love Island’ when that comes around each year.

What was the most unexpected part of recording your forthcoming EP?

We produced this EP with lots of pop sensibilities that I don’t think any of us had anticipated when we first started making the record. We used a lot of different vocal effects that aren’t usually common-place in this genre of music but ended up feeling really natural and unforced. The opening track on the EP Coffee & Tears started off life as a 6 minute long, almost entirely instrumental song that sounded like an American Football b-side, after we finished in the studio it ended up sounding more like The 1975! Between the three of us, our music taste spans a hell of a lot of different genres so these little parts of additional instrumentation like electronic drum kits, synths and vocal effects make sense in retrospect, but I don’t think we entered the studio with the intention of getting quite as wild as we did.

What’s been the biggest learning curve in recording your debut EP?

Working on vocal delivery was probably the hardest part of this recording process. Adam had never sung with a full band behind him so the transition from singing in a bedroom with an acoustic guitar to competing with a drum kit and some distortion. After a loooot of late nights we got there eventually and we’re super happy with the way it all came together.

A fitting cliché answer but music is truly the most important thing in our lives! Without that, the three of us wouldn’t be as close as we are and may not have ever developed the friendship we have. The ability for music to build such strong connections is a powerful thing and something that a lot of people maybe take for granted. On top of that, the idea that even one person on the other side of the world can be so connected with us through our music is a feeling that we don’t think will ever get old!