Band Of The Week // ULTRA Q

With a blistering new EP now under their belt, Ultra Q show their fire in Get Yourself A Friend and prove that they’re ready to impart their own mark on the indie-rock scene. 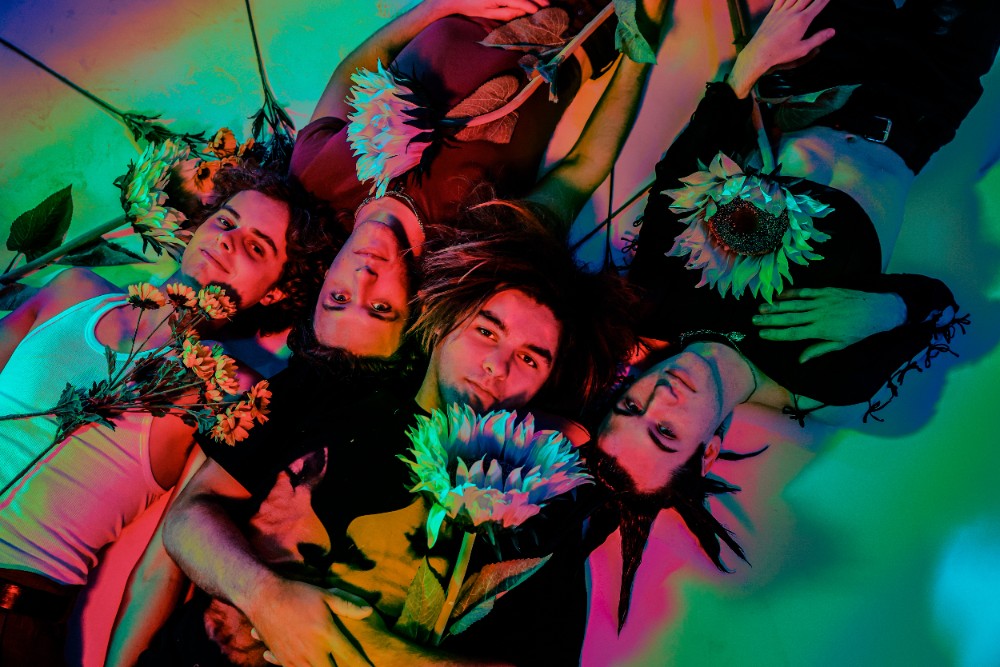 Born from an extensive period of being at home, Ultra Q’s latest EP is a partial symptom from the lockdown of last year. Like it was for many other musicians, the period was one of reflecting, fine-tuning, and finding new ways to be creative with their craft when normal sources of inspiration were less accessible. Drawing upon tracks that first came into draft in 2019, we’re now delivered the final form of it with their new EP Get Yourself A Friend, and it’s an (unsurprisingly) meticulous body of work that shows the band’s capability of making their own impact on the world of indie-rock. And that’s a strong statement given the potential pressure that the band has to face – with frontman Jakob Armstrong being the son of Billie Joe Armstrong, there’s a lot of expectation to be faced and they’ve taken it all within their stride.

Jetting through with high-energy tracks such as Pupkin and Bowman, there’s a strong sense of the band’s personality and punk-ish charisma that shines throughout that gives them their unique edge. Meanwhile, the jangling tambourines on Straight Jacket add a woozy dazedness that will make you want to sway along and slows the pace down for something more ardent. Through a short expanse of songs, Ultra Q have shown just how much they have to offer, and it paints a glittering future ahead.

We have our thesis track. The start of this song came when Enzo had sent me a Prodigy-esque electronica demo that repeated the line “get yourself a friend”. We then took that line and created what would become the chorus of this song. The rest of the track is just a sludge of D.I. guitars and loose drums that propel the lazy nature of the song. Stefan (from PUP) also helped to arrange this one as well. I think this track sums up what this EP is supposed to be, a coming-of-age farewell to our youth. It’s about being young and in love. Being reckless, and overstimulated. Feeling like the tragedies in your life are permanent and without any direction. We’ve grown up, even if it’s ever so slight.

Getting strung along, we spoke more about the meanings behind the EP and their own coming-of-age experiences.

I don’t think I have a motto yet. I’m definitely still figuring that out.

Probably red. I’m not sure if there’s a particular reason aside from just liking the color. One of my favorite bands (Interpol) uses red mostly in their color scheme. I’m sure that has influenced my opinion.

If you could set Get Yourself A Friend to a TV show or movie, what would it be the soundtrack for?

That’s a tough one. I could see it being on a show like One Tree Hill or The OC or something. I recently went through a phase of watching those shows and I actually really enjoyed the soundtracks.

You mentioned the EP is a bit of a coming-of-age farewell to your youth, what are some of your most profound life lessons from that period?

I’m not sure if I’ve discovered any profound life lessons yet. I said the project felt like a “coming of age, farewell to our youth” because frankly we’re just getting older. There were so many life altering experiences in the last 2 years and I think that it’s definitely fuelled that feeling for us.

What made you realise that this is a moment when you’ve grown up?

My 23rd birthday. I turned 23 back in September and that was the oldest I’ve ever felt. I know that I’m still very young, but I couldn’t help but feel my age for the first time.

What’s the significance of this EP for you?

I think this EP is significant for me because it really feels like the end of a chapter. I’ve been in this band since I was in high school. Even though we had a different name then, it was still the same members. It feels like we’re excited about the music we’re making in a different way than before.

What’s been the most formative experience from your development that’s made you into the musician you are?

I don’t think there’s been one moment. The band is what it is through years of shows and writing and listening. Our taste has changed so much but in a gradual way. Just being more interested and excited about music as we’ve grown up and found new artists that we love. We are so much different than when we started.

An equally cliché answer… I think music just helps you when you’re lonely.

Tagged with: Band Of The Week, Interview, Listen, Watch