In The Spotlight // VALLEY

Following the release of our ‘Ones To Watch’ list for 2021, ‘In The Spotlight’ offers the chance to get to know our picks more intimately and find out why we fell in love with them. 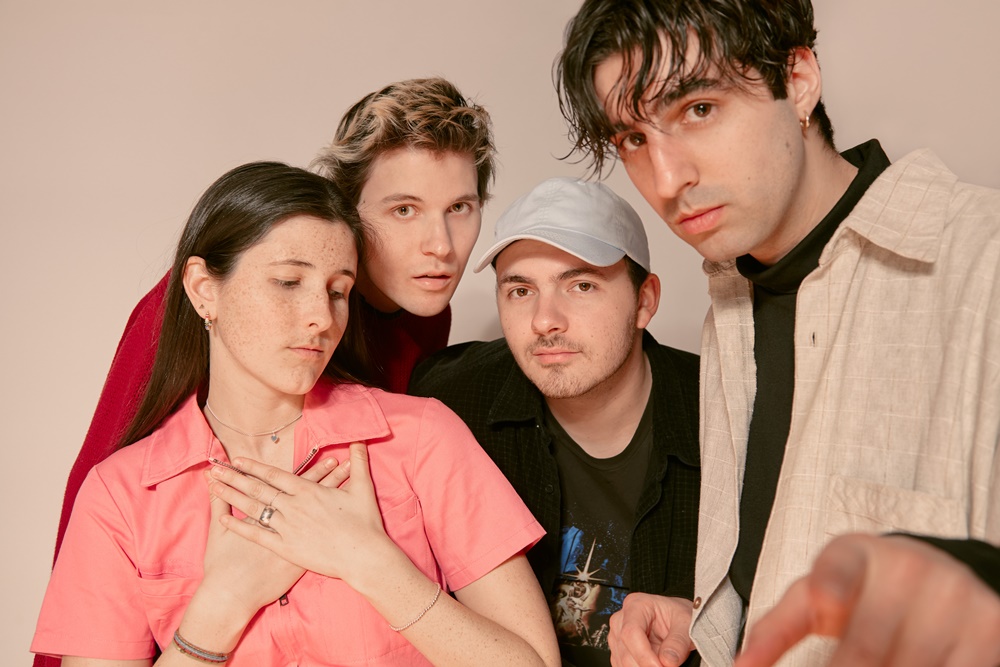 You’ve heard about the artists that we’re most excited for this year. Now, get ready to hear from the artists themselves as we shine a spotlight on their personality, the year just past, and their most anticipated musical artists. This week, we catch up with JUNO nominated, Canadian quartet, Valley who continue to make waves with their vibrant and full-bodied indie-pop sound.

With over 116.2 million overall streams, 4.4 million video streams, a 2020 JUNO Award Nomination, support slots with Lennon Stella and The Band Camino on sold out North American tours in 2019, and a confirmed support billing with COIN this Fall, Valley are only just getting started. In 2020, the band released their achingly relatable EP sucks to see you doing better, a masterfully-produced collection of playful songs and pop-culture references that elevated their sound to new heights. Shimmering with kaleidoscopic textures, sun-kissed melodies, and dreamy vocals, songs like hiccup and nevermind are sure to strike a chord within you, whilst their latest offering, Like 1999, is destined for arenas. Filled with joie de vivre, Like 1999 is an ode to the 1990s, offering alt-pop thrills in the most triumphantly joyful way. Marrying bittersweet nostalgia with modern twist, Valley will be the sound of Summer 2021, no doubt. We caught up with Rob Laska of Valley to hear about what the band has been up to, and what the future holds.

There’s a lot that I think we would consider integral but lately I would say not overthinking… This is something we deal with a lot! Through the years we have come to realize that creativity doesn’t have a schedule, it works in mysterious ways. All you can do is show up everyday, put in the hours, always be learning and ALWAYS go with what feels best and represents your truth!

Are there any behind-the-scenes stories of recording your sucks to see you doing better EP that you can share with us?

So many!! I think one of my favourites was when we were recording a song called BE THE ONE. We were definitely exploring new sonic ground with that one and we always felt like the song ended kind of abruptly, then randomly Mickey said “fuck it, should we just do an outro?” While the mic was still recording in the room and we built out this entire beat from it!! It was so random and funny in the moment! We added a bunch of pedal steel samples and strings, just that whole part of the song happened so in the moment and it has some of our fave production on the whole EP! It’s one of those outros that someone would make into a 3hour loop on YouTube ya know?? And I’m so happy we kept that room recording of Mickey saying it!!!! We call it the “crying in the club” outro lol.

To quote one of my fave lyrics by the band HONNE, I would tell myself “Make memories, not jpegs.” This pandemic has really taught us how much we take the simplicity and joy of everyday life for granted! We’ve had over a year of us locked up in our bedrooms just scrolling social media for hours! Coming out of this pandemic I think society will focus on documenting less and just being in the moment more! Also I would tell myself to go to every show and never say no to hanging out with your friends 🙁

Definitely playing shows and touring. That’s been really difficult for us this year as I can imagine for every other artist on the planet! Touring is where we really get to showcase our personalities and really witness our songs affecting people in real life/real time not just through Instagram! There’s no feeling that can even compare to walking on stage and playing our show. Meeting everyone and hearing how Valley became a part of their lives also makes it all so worth it. Miss it so much!

I used to do magic as a kid so I have a lot of useless party tricks up my sleeve but they’re rarely pulled out!! Very niche hahah I also have perfect pitch which is basically just like being able to identify the key/pitch of anything that makes sound or noise! Also very random and most people don’t know what it is haha worth a google search though!!

Tour as much as possible, write our best songs yet, collab with more artists and meet Jim Carrey!!

Our friends! So inspired by them. Definitely check out Charli Adams, Elio, Babygirl, The Accents, Bestfriend, Nodisco. To name a few 🙂

I really hope that our music inspires more than it says you know? I hope that people can listen to Valley and have it play a part in starting a new career, finally asking that person they’ve always had a crush on out, going on a road trip or just hanging out with your friends at 711…we really hope we can soundtrack people’s lives like a movie or TV series. Our favourite artists did that for us growing up 🙂