Artist Of The Week // URL

Shimmering synths and wavy textures transport you to the blissful sonic world of url, and his newest track honey is not a place you would be in a hurry to leave. 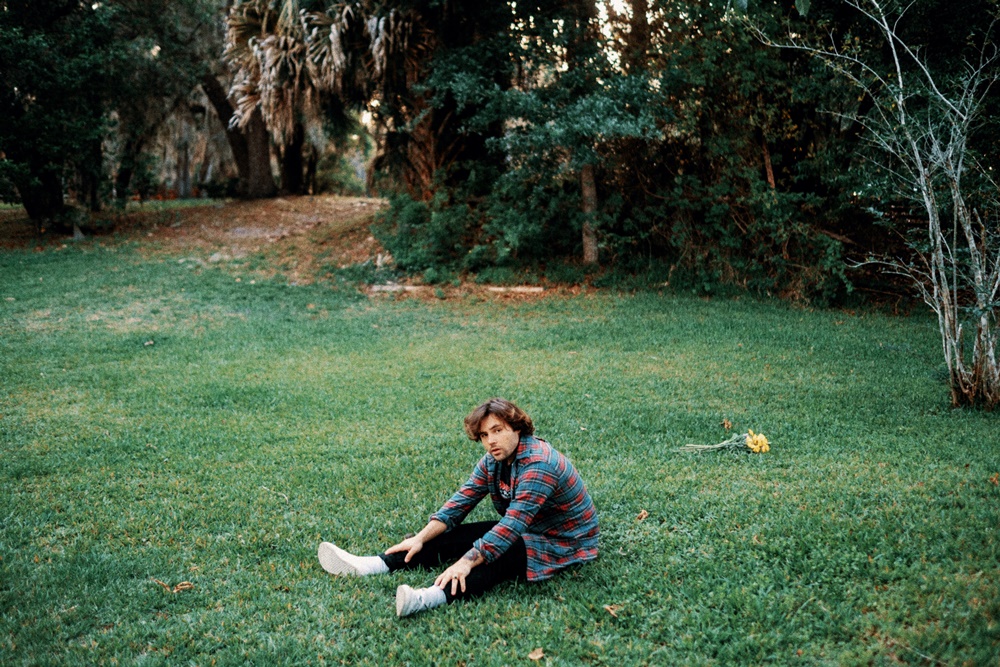 Orlando-based producer and singer url is returning with his new single honey, a glistening track with mellow vocals and laid-back melodies that will set you at ease. As the moniker for singer-songwriter Matt Bullard, url captures human experiences and emotions in the most resistant-free manner, and you’ll be able to drink in his music feeling like you have all the time and chill in the world.

In honey, url brings a host of mellow textures that fuse together to create an effervescing ambience that will warm you up from the inside. From glittering synths to delicate falsettos, every aspect of the track is a deliberate puzzle piece to add to the overall calming presence and build on the docility to indulge your sweet tooth. Gently swaying along with reverberating guitars and basses, the myriad of sounds and effects will be sure to keep you engaged for the whole track while the regular structure will ensure that you will always return back to the lulling chorus. Blending the comfortable with the new, url has made a solid effort with honey and has shown potential for a bright future ahead.

Feeling stirred and bewitched by his music, we got in touch with him to question further about his aura of mystery and to know him better.

“Live your truth” is a motto I’ve adopted over the years. It sounds corny at first, haha. Funny enough, I actually took to that motto after reading an interview with Tame Impala’s Kevin Parker. He was talking about how when he writes music it has to get him moving and I remember interpreting that to myself as “living your truth”. Having a mindset of creating something cool and fun – like how Neon Indian approaches his music like a score. I feel like there are so many talented people who aim to be good rather than themselves in their music. In return, the songs don’t hit the same as when people are bringing that unique side of themselves into their writing. Some of that thinking derived from me taking awhile to figure out where I fit in as an artist, and in the world. As soon as I tapped into who I am and my very own sound, opportunities happened that some people told me I would never have.

This one is difficult because when I hear songs I actually visualize all of the sounds. But if I were to choose just one… maybe like an emerald green. In a way, my approach to music is almost using different colors for songs with the same sonic palette. There’s definitely a bit of grit and aesthetic to my sound, while underneath there’s depth. I try to create something that still maintains that vibrancy, and at the same time – all which I feel encapsulates emerald green.

If you could set honey to a movie or TV show, what would it be the soundtrack for?

First and foremost the show ‘My Name Is Earl’, haha. Realistically though, I would say the show ‘Maniac’ with Jonah Hill and Emma Stone. The show is so intriguing that it’s an easy watch on the surface. However, when you stop to pay attention you see there’s intimate exploration of finding where these two characters fit in the world. In the show, it exploits their demons in a quirky manner that’s digestible for the viewer. They’re questioning their relationships with the people in their lives, in search of grounding in their world. My intentions for honey at its core are the same. It’s meant to be a reflection of feeling estranged trust in a relationship that wasn’t as solid as I believed it to be. Floating in between the harsh reality and a dream state when things appeared fine. Attempting to fix parts of myself that were never broken, just misused.

What’s the most exciting thing about getting ready to release an EP?

A lot has happened while I’ve been working on the EP. I’ve acquired some analog synths, so that’s cool, haha. And we’ve been recording the masters to tape, which adds a vibe. I’m still wrapping up a few tracks, but I’ve gotten the opportunity to work with some amazing people. It’s been humbling to have a team that genuinely believes in what I’m doing. Everyone I’ve worked with shares the same integrity and having that has allowed me to grow as an artist. That energy has translated into us making it into editorial playlists, and even having someone creating a craft beer after our song magic wand, haha. So I’m just excited to have that kind of support and cultivate something that resonates with the community.

What has been the most unexpected thing about producing your debut EP?

Definitely a couple of things. I scratched my analog itch last year, haha. So I’ve been adjusting my workflow a bit. And before I started working with Havêa Records as a label, I was just shooting from the hip – releasing things as I felt. I never intended to be an artist, it just kind of happened. So there’s definitely been a pivot in my routine in order to get things done. I’m very DIY – I’ve built a portion of my equipment, mostly tracked everything at home and particularly during COVID I learned how much my creativity is fueled by my personal connections. That was unexpected because I’m otherwise pretty low-key. But that personal and collaborative time is something I learned that I need, even if it’s occasional. That little bit helps me recharge.

How did you come to be ordained Orlando’s ‘sad boy supreme’?

Oh boy, haha. So that’s really just a local joke that started with my friend and photographer Kayla Surico. When I began releasing music as url we had just become friends and I was all up in my feels. We were hanging out one day and she jokingly called me a “sad boi”. Then my friend, Tarek from War & War, made the original single art for my song yellow pack, illustrating a pack of cigarettes that said “feelings kill” on it. Eventually Kayla took some photos of me in a watermelon pool with roses and confetti fully clothed in the blistering heat. All of that perpetuated this local jest of me being Orlando’s ‘sad boy supreme’.

What song impacts you the way you hope honey will affect others?

Rose Quartz by Toro Y Moi. It’s impossible to not gravitate towards it. It takes you on a journey, and it feels like you’re seeing things in a different light – like waking up for the first time. Chaz Bear’s ability to make you dance and reflect simultaneously is what I hope others would feel when they listen to honey. Even though honey is different in its story, I hope it will connect with people like Rose Quartz does – allowing them to feel something.

To me, music means connection. There are so many levels to sound and communication in music. Being able to share ideas with people through music allows me to say things in a precise way that I can’t always articulate with just my words. Whether that is getting people to move, or to find solace – it’s a way for me to connect with others. It’s communal.