Artist Of The Week // DANNY GEORGE 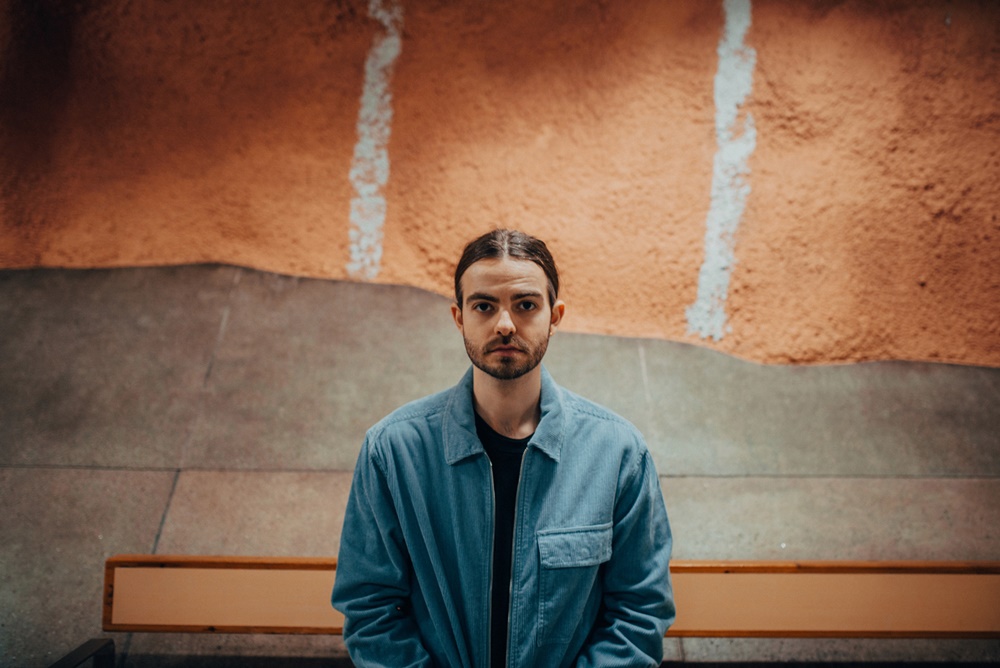 Producer, songwriter and multi-instrumentalist Danny George is here to charm with his kaleidoscopic sophomore EP Romance In High Definition. Taking us across a navigation of relationships across the spectrum, from burgeoning romances to establishing friendships, the record draws upon the intimate parts of Danny’s experience and spins it into an irresistibly groovy musical experience.

From the whimsical opening I’m Just, Danny spans a broad spectrum of sound and influences and fits them all together in his own unique way. Thinking Out Loud draws upon soulful piano and flickering drums to accompany sultry vocals in a musing reflection, while the airy We’re Young blends searing guitars and ardent lyrics to explore the infatuation we can develop with someone.

Self-describing the EP as “a kaleidoscopic journey through the hyper realities of romance and friendship,” Danny further explains:

I really wanted to look back at the glory years of pop, the 60, 70s and 80s that I grew up listening to, and put my own spin on it. I didn’t mean for it all to feel so routinely nostalgic like it did, but I am glad with how it came out.

Intriguing us to find out more, we spoke with Danny further about the EP, which he will also be streaming live at 7pm tonight.

The older I get, the more simple I like to keep things in my life. When it comes to music, and specifically with this EP, I really tried to keep the production and the songwriting as minimal as I possibly could. I seriously struggle to remember where I got this quote from and I’m probably going to butcher it, but here goes: It’s easy to make something simply but to create something “simple” with creative depth is the hardest task. I spend a lot of time experimenting and adding things to a track but the real work comes in when I am removing stuff to let it breathe.

Well, I have fully embraced the colour purple for this EP. I had the idea for the theme throughout the creation process and I was heavily influenced by 60s Psychedelia and the 70s/80s pop music that I adore. I normally make mood boards of my favourite art and then send this through to my friend and talented designer Samuel Hennessy, who is responsible for my previous EP artwork, as well as this one. I think we can all agree that he is insanely talented.

If you could set your EP as the soundtrack to a movie or TV show, which one would you pick?

It’s going to have to be a romantic comedy, considering the love theme throughout the record. I’d like to say an old 80s classic like ‘When Harry Met Sally’ or something but my music has probably got too much of a modern polish to it. Anything by Wes Anderson or Spike Jonze would be a dream come true for me.

What’s been your fondest memory of producing Romance In High Definition?

I recorded the majority of this EP whilst I was living in Berlin. I had just moved there with my partner and we were living in a small apartment which was also my studio at the time. I was a foreigner and a basic German speaker, so my days were mostly spent either working on music or going on long walks, headphones in listening to the EP mixes. Berlin has some beautiful brutalist architecture, which was a great accompaniment to my soundtracked walks around the city. I do my best thinking and mix checking whilst on walks, so now when I listen to the EP I’m instantly taken back to Berlin and its scenery.

What has been the most unexpected part of the process?

It was quite a spread out process working on this record. I started writing and recording it in London where I had lived most of my adult life, to then move to Berlin where I hoped to have finished it. But then, thanks to the pandemic, I ended up completing the EP in the archipelago of Stockholm whilst I was staying with my partner’s family. The move to Stockholm was unexpected but at the same time a blessing as I suddenly had access to a beautiful piano in the house I was staying in, and a studio of a family friend. Who was kind enough to let me use it for some of the drums and guitar tracking.

How did you envision the EP to turn out? Has it been in line with your expectations?

A few of the tracks were demos that were sitting on my hard drive from around the time of my first EP, Crushed Comfort. I had the name, Romance In High Definition, almost instantly after pulling these tracks together and finishing them off. The remaining tracks then came almost flawlessly to tie the record up nicely. I really love the 60s-80s period of music and I definitely wanted to take influence from it. Both from the songwriting style and the production. You can hear my electronic production peak through at times throughout the EP, I almost wanted it to sound like you were listening to a time-warped broken radio that was dissolving between two dimensions of modern-day and vintage sounds. A decent example of this is the switch up in Tell Me What You Want. I’m going to say that it was intentional, but most of the time I’m just throwing ideas at the wall until something sticks.

Are there any behind-the-scenes stories you can share with us of making the EP?

The opening track, I’m Just, features a spoken word vocal that is actually my girlfriend talking. This came together towards the end of the process, I felt that something was missing and noticed that the track listing of the EP almost sounded like a conversation. Originally, I’m Just was called Enso, which is a Japanese word meaning: “a circle that is hand-drawn in one or two uninhibited brushstrokes to express a moment when the mind is free to let the body create.” I wrote the track in this style, with no ego attached and performed what I felt like performing. After adding her spoken vocal though, it made total sense to call it I’m Just, as that was the first two words of her sentence.

If you had to pick one lyric line to sum up the whole EP, which line would you pick?

“I was thinking about our past last night. Well, I guess I’m lying because I think about you all of the time.” I actually repeat this lyric a few times throughout the EP because it resonated with me so much. The EP itself is essentially a snapshot of my life for the past three years with my current partner. Without diving to deep in to what it means for me personally, I wanted to encapsulate the beauty and exhilarating journey of romance.

Music is my second language, but sometimes I feel like it could be my mother tongue as I struggle to express myself in English a lot of the time. Speaking through music, it normally translates pretty well and I don’t know how I really feel about something until I write a song about it, listen back and go: “oh, that’s what I mean.”

Tagged with: Artist Of The Week, Interview, Listen, Watch